Women from four historically Black Greek organizations are getting recognition as they make their way to voting sites to fight voter suppression with their “Stroll to the Polls” movement for the 2020 election, Yahoo Life reported. 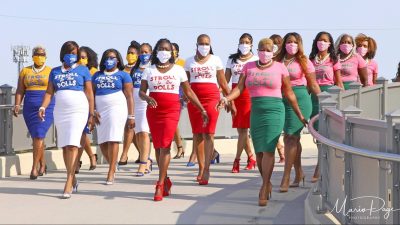 Maisha Land, a member of Alpha Kappa Alpha (AKA) started the movement in early October, having been inspired by Democratic vice presidential nominee Kamala Harris.

“It’s the culture of Black Greek organizations to of course be extremely involved in civic engagement, but we also really enjoy each other and we enjoy fraternizing with each other and having a really good time as well,” Egonmwan said.

People nationwide have since posted images of themselves going to polling sites with the hashtag #StrolltothePolls.