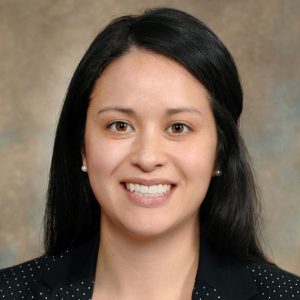 During the 2015-16 academic year, 56% of undergraduates nationally were first-generation college students with neither parent holding a bachelor’s degree, according to the National Association of Student Personnel Administrators (NASPA).

National First-Generation College Celebration was established in 2017 by the Council for Opportunity in Education (COE) and the Center for First-Generation Student Success, a NASPA initiative.

The date honors the Higher Education Act (HEA) of 1965’s signing anniversary. Aside from offering financial assistance, Federal TRIO programs were established as part of HEA to support and offer resources to students from disadvantaged backgrounds.

As part of the celebration, COE and The Center partnered to host two events. One was student-centered, which featured a virtual party-like atmosphere with music, trivia and games. The other included speeches and a panel discussion focused on the definition and history of first-generation students.

“I think given our current experience, it was the best thing we could have done,” said Deana Waintraub Stafford, associate director for the Center for First-Generation Student Success. “Our main focus was that we were creating space for not only celebration, but continued conversations.”

Universities and colleges around the country followed suit with their own virtual celebrations, which have continued through this week.

The University of Nevada, Las Vegas (UNLV), for example, hosted “First-Gen Connect: What is First?” on Nov. 10, during which a panel discussed the challenges, assumptions and misconceptions of first-generation students.

One common misconception associated with first-generation students is the idea of not being capable of achieving academic success due to their backgrounds. 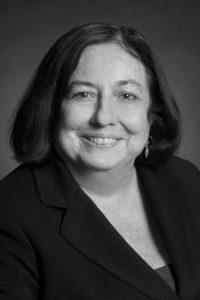 Some of the challenges to overcome as a first-generation student include the need to support family, the challenge of balancing a job with schoolwork as well as a lack of understanding for financial aid options such as Free Application for Federal Student Aid (FAFSA) or scholarships.

“We all face common obstacles as first-generation students,” said Alex Romero, Latinx Program Coordinator for Student Diversity and Social Justice at UNLV, during the panel discussion. “Things around navigating systems, around cultural norms, just things around those types of topics because we didn’t really grow up knowing that knowledge. We kind of have to learn it and figure it out.”

Other institutions held similar lectures, student forums as well as “parties” for students, faculty, alumni and community members to engage in. In many of the celebrations, first-generation faculty also identified themselves and discussed their own challenges.

“That is huge when students are able to identify possible mentors on campus and understand that they are academics, that they too can be intellectuals,” said Hoyler. “Being first-generation has nothing to do with whether you are an intellectual or not an intellectual. I think the inclusion of faculty is a huge part.”

To provide more institutions with opportunities to host their own celebrations, COE and The Center created a grant program. This year, there were 31 recipients, compared to last year’s 24. As part of the grant, institutions can receive up to $500.

“The celebrations really varied as far as type and size and who is involved,” said Stafford. “But largely, it was an opportunity that lived beyond a one-day or one-time event, which is what our hope was.”

With the transition to a virtual setting and the launch of a social awareness campaign, she also saw more engagement with the events.

“But because of the nature of being connected, virtually, we are seeing an increased access to celebration,” said Stafford. “The number of posts that we are seeing this year is so much more than we have seen in years past.”

Hoyler emphasized that the goal is to expand to more institutions in the future.

“First-generation students belong on every campus,” she said. “So, we want every campus to be celebrating them.”

One on One With Isa Adney