In the 1950s, Troy University neglected to admit the late Congressman John Lewis but since then, has recently dedicated the main campus building in his honor, reported the Associated Press.

In August, the Troy University Board of Trustees had voted to rename the historic Bibb Graves Hall, a former Alabama governor with ties to the Ku Klux Klan, in honor of the civil rights icon instead. 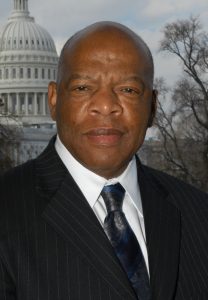 The university held a ceremony on Friday with congressional representatives and members of the Lewis family.

“It is the right thing to do to name this building for a great man,” said Troy Chancellor, Dr. Jack Hawkins, Jr. in a statement.

Though Lewis was a longtime Georgia congressman, he was a native of Pike County, Alabama, and grew up not too far from the university.

As a teen, Lewis also applied to the then-all-White university but never heard from them. He ultimately decided against filing a lawsuit against them for the safety of his family and community. He also faced violent and angry crowds as a leader of the Freedom Riders, getting his skull fractured in Selma when law enforcement officers beat civil rights marchers in a melee that became known as Bloody Sunday.

Both Troy University and the city of Troy later honored Lewis, including a memorial service for him that was held on the campus in July following his death.