The U.S. House has approved the Lumbee Recognition Act, a bill to give the Lumbee Tribe of North Carolina federal recognition, WBTW reported. 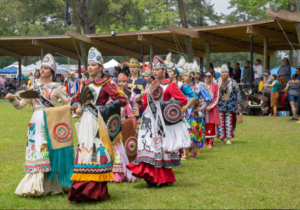 The bill will now go to the Senate after House approval for the bill came Monday afternoon.

The Lumbee Recognition Act “would give Lumbee Tribe members access to services and benefits provided to members of federally recognized tribes,” WBTW reported.

North Carolina has recognized the tribe since 1885, and the tribe originally asked for federal recognition in 1888.

“UNC Pembroke was founded by a group of visionary American Indians who understood the value of education and the importance their actions would have for the next seven generations,” UNCP Chancellor Robin Gary Cummings said. “Today, we are proud to work with leaders like Representatives GK Butterfield and Dan Bishop who clearly see that full federal recognition for the Lumbee Tribe of North Carolina will not only correct a longstanding injustice, it will help drive the economy, health, education and society of our region for the next seven generations and beyond.”

Both President Trump and President-elect Joe Biden have voiced support for the tribe’s federal recognition.

Groups Stick Up for Grad Students in Letter to Lawmakers