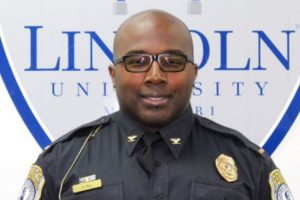 “At a time when law enforcement agencies are working to attract more diverse officers and create agencies that look more like their communities, Lincoln University presented an ambitious plan for a law enforcement training center that could have far-reaching impacts on recruiting more minorities to policing,” Parson said before signing. “We appreciate all the work the Lincoln University team has put into this unique effort.”

Lincoln University’s police chief, Gary Hill, has been named director of the academy which begins operations next year. So far, fourteen people have applied for the program and are currently undergoing background checks.

“When I went through the academy, I was one of two African Americans, and for us to have an academy here focused on increasing the diversity in law enforcement so people can feel included is incredible,” said Hill, one of the main advocates for the academy. “Now the real work begins. We have to ensure that when we have people enrolled in the academy that we’re giving them all the tools that they need to succeed today and in the future.”

According to The Times, roughly half of the U.S.’ 660 police training academies are hosted by colleges.