Journalist, public policy analyst and author Sam Fulwood III will be American University’s dean of the School of Communication, effective May 15, according to university officials. 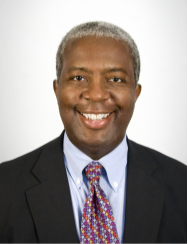 In the realm of public policy, he has worked to promote immigration and criminal justice reforms and racial equity in areas such as housing and employment.

As a journalist, Fulwood was metro columnist at Cleveland’s The Plain Dealer, a national correspondent in the Washington, D.C., bureau of the Los Angeles Times and an assistant city editor, business reporter, editorial writer and Johannesburg, South Africa bureau correspondent for the Baltimore Sun.

Campus Police Are Under Scrutiny for Racial Profiling. It Isn’t the First Time