For many people in the United States, the approval of the ​​​​Pfizer-BioNTech and Moderna COVID-19 vaccines symbolize hope for the end of a virus that has plagued this country and the world. The Centers for Disease Control (CDC) has reported 373,167 COVID-19-related deaths across the United States as of January 11, with Black, Indigenous and People of Color (BIPOC) being disproportionately impacted.

In November, the CDC reported that when compared to White/non-Latinx persons; Indigenous, Asian, Black, and Latinx folks are more likely to be diagnosed, hospitalized, and die from COVID-19. Yet a recent national survey conducted by the COVID Collaborative, Langer Research, UnidosUS, and the NAACP found that the majority of Black and Latinx people do not trust the vaccine to be effective or safe. 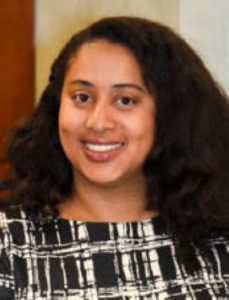 So how can there be such levels of distrust in a vaccine and its effectiveness among some of the most impacted populations? While the answer to this is complex, it is directly connected to White supremacy, the all-encompassing centrality and assumed superiority of people defined and perceived as White and the practices and standards of norms based upon that assumption, and the role that structurally oppressive systems play in giving privilege to those with agent identities while disenfranchising others. Themes of power and dominance can be present in interactions between patients and doctors and the manner in which vaccination skeptics are often ridiculed or dismissed as uneducated. It is the way that some anchor institutions have centered their will and domination over the neighborhoods that they occupy.

The Tuskegee syphilis experiment seems to be the most mentioned medical experiment when discussing BIPOC medical mistrust, but the legacy of experimentation and unethical research of BIPOC and marginalized populations does not begin and end with Tuskegee. Instead, the roots of medical mistrust are much deeper and wider. One of the earliest documented cases involved experiments on enslaved women of African descent at the hands of J. Marion Sims, who is referred to as the “Father of Modern Gynecology.” His experiments on Anarcha, Betsy, and Lucy were conducted without anesthesia due to its high cost and high risk, the “subjects” being viewed as property, and the belief that Black people did not feel pain in the same way as White people. The latter, while seemly antiquated prevails in modern medical settings.

Stereotypes like the ones above position medical professionals to employ bias to evaluate pain instead of listening to patients and assessing needs. It is inaccuracies like these that contribute to mistreatment of BIPOC patients, which contributes to medical mistrust. It is important to note that once Sims perfected his surgeries, they were performed on white women under sedation.

In the space afforded, I could not provide an exhaustive list of medical and scientific experiments, so the educator in me was compelled to leave the reader with an assignment. Below is a timeline that illustrates that scientific/medical experimentation are not isolated, spans across centuries, and impacts people across race, ethnicity, age, socio-economic status, freedom, language, and nationality. I urge you to conduct your own research on these and other experiments with the intention of understanding the historical and current context of medical mistrust and responses to COVID-19 vaccines.

As the country moves forward with vaccinations that may be scrutinized by BIPOC and marginalized populations, we should all acknowledge that feelings of skepticism are valid and understandable. Educators, especially in health and human services fields, should create educational opportunities for students to unpack the history of experimentation and implications for professional practice and encourage genuine dialogue around fears and opportunities evoked across social identities based on historical knowledge, lived experiences, and the accelerated production and testing of the vaccines.

Courtney J. Jones Carney is the executive director of the Univ. of Maryland, Baltimore (UMB) Intercultural Leadership and Engagement Center and director of the Intercultural Center, Division of Student Affairs; the Intercultural Leadership Post-baccalaureate Certificate program director and faculty at the University of Maryland Graduate School. She is also a doctoral candidate in the public administration program at the University of Baltimore. Her dissertation explores the impact of exposure to racial and ethnic microaggressions and employee engagement.

Preserving the Espíritu Guerrero of Our Children During Covid-19

Bill Cosby and Minority Education: The Truth of the Matter