Chapman University will not fire a law professor John Eastman, who spoke at a Trump rally that took place hours before the Jan. 6 Capitol siege, despite more than 150 staff calling for his dismissal, SF Gate reported. 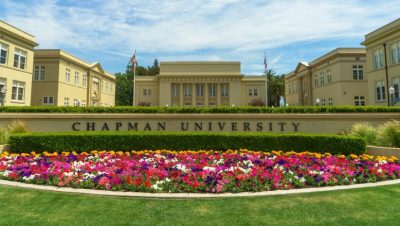 Chapman University President Daniele Struppa criticized Eastman’s actions but refused to fire him, explaining that the school’s manual on faculty conduct prohibits it.

“The Manual says that if a jury finds a faculty member to be guilty of a felony, or if they are disbarred, THEN the university can dismiss them. The university has no right to substitute itself for these formal bodies.”

He added: “When you are asking me to simply fire a faculty member without that, you are asking me to act as if I am indeed above the law. I continue to think this would be a terrible mistake for the institution, and I am troubled that so many are willing to sacrifice our process and our rules, in order to protect our reputation.”

MBA for Mom Who Went to All Classes with Quadriplegic Son