Last fall, the FBI released its annual report on hate crimes and the numbers were stark. In 2019, law enforcement agencies across the country documented a total of 15,873 criminal and related incidents motivated by bias toward a host of identity groups—the highest level in more than a decade. Fully one-fifth of reported crimes were driven by the offenders’ religious bias. 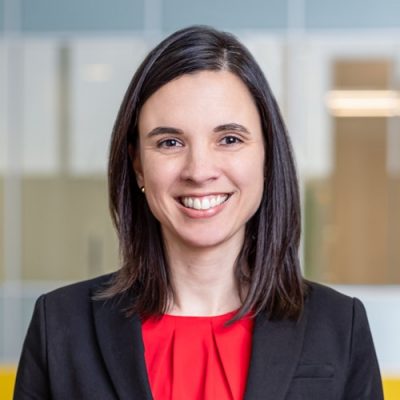 In this vein, there has been an alarming increase in antisemitism across the United States in recent years. The Anti-Defamation League reported in May that “the American Jewish community experienced the highest level of antisemitic incidents [in 2019] since tracking began in 1979.” This trend is reflected on U.S. college campuses, as well. In the 2019-20 academic year, Hillel International reported a record-breaking 178 antisemitic incidents on the campuses it serves. This number is striking in its own right; it is even more bleak given that many institutions shut their doors for several months during this period in response to the pandemic.

The examples of campus antisemitism over the past few years are numerous and diverse, with many documented anonymously on the @Jewishoncampus instagram account. On one campus, someone left a note on a Jewish student’s door saying that “Jews created COVID-19 to subvert the white race.” At another, a student openly denied the scope and mechanisms of the Holocaust in class, and the teaching assistant leading the class said nothing. A few years ago, a Jewish student at UCLA was challenged on her ability to serve on the student council because of her Jewish identity and assumed support for Israel, and similar troubling incidents have occurred more recently.

According to the Interfaith Diversity Experiences and Attitudes Longitudinal Survey (IDEALS), Jewish students are the least likely among their peers to feel their institutions are receptive to religious diversity with just 27% perceiving campus welcome favorably. This national study—which Interfaith Youth Core conducted in partnership with Dr. Matthew Mayhew at The Ohio State University and Dr. Alyssa Rockenbach at North Carolina State University—also found that Jewish students are three times more likely than their peers to observe division and conflict between different religious and nonreligious groups on campus.

For Jewish students in the study, experiences of being mistreated or discriminated against because of their religious identity increased over time throughout their years on campus. Unfortunately, these findings are unsurprising when situated within the broader national and international context. It is somewhat more surprising that a majority of Jewish students (69%) felt their religious identity was well supported while in college, more so than most other religious groups. More specifically, 84 percent of them agreed there was a place on campus where they could express their religion. 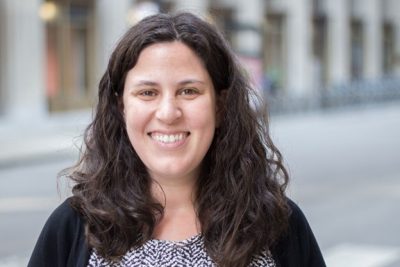 Institutional religious accommodations are one factor that may contribute to Jewish students’ favorable views in this regard. At some colleges, for example, Jewish students are afforded academic accommodations for religious observances, kosher meal options are available in the dining halls, and religion is acknowledged as an important aspect of diversity and inclusion on campus. A Forward article published in September also points to the work of Hillel International and Chabad on Campus—independently funded organizations that serve hundreds of institutions across the United States—as instrumental in supporting Jewish students. These groups often have space on or near campus and serve as a place for building community and practicing Jewish religious and cultural traditions.

The paradoxical nature of the Jewish student experience raises an important question: Why might it be that Jewish students generally have space and support on campus to express their religious identity, but they simultaneously experience more division and less welcome than their peers? Our work with Jewish students offers a possible answer to this question. We find that Jews are often viewed as privileged, stereotyped as white, as upper class, as influential, and thus people can be quick to overlook or downplay purported discrimination. Not only are these stereotypes inaccurate — for example, approximately 20% of Jewish college students identify as people of color — but they are also grounded in deeply rooted historic antisemitic tropes of Jewish power, greed, and control.

As Eric Ward, a nationally-recognized expert on the relationship between authoritarian movements, hate violence, and preserving inclusive democracy, explains, “modern antisemitic ideology…thrives precisely when its target would seem to be least vulnerable.” When the enduring influence of such stereotypes is ignored on today’s college campuses, Jewish students can be left feeling unwelcome and misunderstood.

Jewish students’ experiences of the college environment may also be shaped by Israel-Palestine tensions on campus, particularly given that many of them view a connection to Israel as central to their Jewish identity. At a liberal arts college that participated in IDEALS, one student observed that “a lack of nuance [and] a lot of assumptions” characterized debates about Israel and Palestine at her institution, fueling ongoing conflict between different religious and political groups. In these situations, negative sentiments about Israel often get expressed in a way that targets Jewish students. In turn, such rhetoric can shape how (un)welcoming or divisive campuses feel to these students.

The takeaway here is that religious accommodations and independent Jewish organizations like Hillel and Chabad — though they lay a strong foundation for an inclusive climate — are insufficient when it comes to eradicating antisemitism and fostering a sense of belonging for Jewish college students. Making matters worse, only 40% of all students surveyed through IDEALS affirmed they dedicated time in college to learn about Jewish people. This finding is thrown into sharp relief by a recent report revealing that more than half of Americans 18 to 29 years old don’t even know the meaning of antisemitism.  When opportunities for learning aren’t pursued, misinformation and stereotypes about Jews can be readily perpetuated. Educating students and administrators about the diversity of Jewish identity and expression is one way to stem harmful rhetoric and discrimination against Jewish communities on campus.

To this end, higher education leaders should work toward engaging every college student in curricular or co-curricular interfaith experiences. IDEALS suggests that students who do so grow in their positive attitudes toward religiously diverse others and are more committed to bridging religious divides. Interfaith Youth Core offers an array of online resources to support the expansion of formal interfaith offerings on campus within and beyond the classroom.

It is also critically important for students, faculty, and staff alike to understand what gives rise to antisemitic attitudes and incidents. Hillel’s Campus Climate Initiative (CCI) provides tools, education, and training to this end so individuals and institutions are prepared to proactively cultivate a positive environment for Jewish and all students, and to identify and confront antisemitism when it occurs.

Finally, we assert that institutional leaders are key players in efforts to combat the mistreatment of Jews and other religious and racial minoritized groups on campus. These individuals hold the positional power to advance policies that move beyond accommodation for specific groups and focus on actively engaging religious diversity. Such policies can take the form of mandatory interfaith experiences, professional development training, improved bias incident response processes, and diversity, equity, and inclusion offerings that recognize the myriad cultural and ethnic facets of different religious identities.

College presidents and their leadership teams also have influence over strategic diversity initiatives that can — and should — equip faculty and staff to confront religious division and conflict using resources like those Hillel provides. Finally, they ought to use their influence in the public square of academia to condemn antisemitism (alongside all forms of hate) and articulate a vision for their campuses that includes steadfast support for students from religiously diverse backgrounds.

Hate crimes, discriminatory acts, and antisemitic microaggressions preclude Jewish students from full participation in college life, thus jeopardizing their learning and development. It is therefore incumbent on all of us working with them to do more—to educate ourselves about the causes and symptoms of antisemitism, initiate program and policy changes, and leverage our respective spheres of influence. Following this path will better position us to serve as the allies that our Jewish students need right now.

Rebecca Russo is the executive director of the Campus Climate Initiative at Hillel International, where she works collaboratively with campus administrators and local Hillels across North America to ensure a positive campus climate for Jewish students and all students.

Shauna Morin is a research fellow at Interfaith Youth Core, where she is responsible for putting findings from the Interfaith Diversity Experiences and Attitudes Longitudinal Survey to work in higher education settings and across the media landscape.

Perspectives: Obama’s Election to Undercut Affirmative Action? Not a Chance