With the increased attention on the Black Lives Matter movement following the murder of George Floyd in May 2020, individuals, organizations and institutions have looked at ways to address structural racism and close equity gaps. 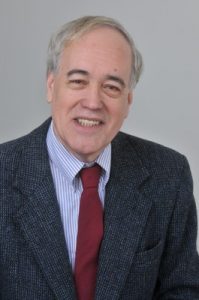 Dr. Gary Orfield, co-director of the Civil Rights Project, says looking at systemic processes instead, especially within education, is an essential part of achieving those outcomes.

“The criminal justice issues and the police brutality issues are extremely important,” he says. “But, of course, what leads to those conditions? And what is necessary to get beyond the criminal justice reforms to actually create a more equal society?”

Black students make up one in seven students across the United States. Schools in the South have the highest percentage of Black students at 23%, while schools on the West Coast have the lowest at 4.8%. Additionally, Black enrollment in large and mid-sized cities is higher than in towns and rural areas, according to the report.

When the Supreme Court ordered the desegregation of schools “with all deliberate speed” in its Brown v. Board of Education decision in 1954, Black students consisted of one-eighth of the U.S. school population while Latinx and Asian students were not recognized statistically until 1968, according to the report.

Now Latinx students make up 27% of the U.S. school population and Asian students now make up 6%, according to the report.

Orfield, who also serves as the distinguished research professor of education, law, political science and urban planning at the University of California, Los Angeles, found that desegregation plans have not matched the ongoing population changes.

School integration plans originally began in the mid-1960s and peaked in 1988. However, there have been minimal efforts made to maintain those strategies in recent years, the research said.

Dr. Danielle Jarvie, senior policy analyst at the Civil Rights Project and co-author of the report, believes the ongoing issue could stem from some individuals’ beliefs that “the Civil Rights era did its job” and segregation is now over.

“The previous, more conservative, administrations have all but really abandoned desegregation efforts,” 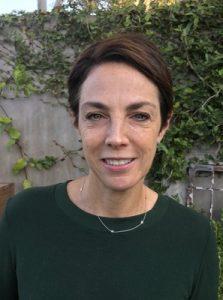 she says. “What we are seeing is that the status quo tends towards resegregation, because it has just not become a national priority. Hopefully, this is going to change.”

The research suggests that Black students are far more segregated from White students now than in the Civil Rights Movement era but attend schools with many more Latinx students, according to the report. In 1991, Black students attended school with one-third of White students. This number has since decreased to one-fourth.

The report notes that with regards to the changing population, “The proportion of White public school students has dropped considerably and continuously for the last quarter century. This is not because of transfer to private schools, which have a declining share of total enrollment and have themselves become somewhat more diverse. The White decline reflects historically low birth rates and immigration patterns that are overwhelmingly non-White. The changing racial proportions make widespread desegregation more difficult.”

Black students are going to school with more Latinx students, who increased from 9% to 21% since 1991, the research said.

Jarvie says school segregation can have long-ranging effects on the quality of life and educational opportunities for students.

In California, for example, White and Asian students are 20 times as likely to attend a high-achieving school as Black and Latinx students, according to Orfield.

“This produces a devastatingly unequal preparation for a very competitive college system that we have here in California,” he says. “If you are not in the top 20% of high schools, which very few Black and Latinx students are, you are unlikely to be prepared for the public university system. We think that these issues are all attached to each other and they need a comprehensive strategy. And that was the purpose of this report: to try to broaden the discussion.”

“There are more networks of opportunity at these affluent and predominantly White schools,” she says. “Including access to peer groups in the school that have more qualified experiences, teachers who are more qualified and the offering of more challenging curriculum. They have a whole different network of human capital of providing information and connections.”

Jarvie points out that this unequal distribution of resources often impacts students’ social mobility and access to other key systems, including health care.

“The gap between wealthy middle class and poor students is just going to increase,” she says. “I think there is a really dire need to take a look at this situation.”

According to Jarvie, higher education institutions can form partnerships with their local K-12 schools to oversee educational support programs and analyze their own uses of admissions testing to promote more equitable solutions.

To address current segregation, Orfield says that policymakers can expand upon the current civil rights laws that have been enacted. For example, the federal Magnet Schools Assistance Grant Program was established to support desegregation efforts and create competitive programs to attract more diverse students. However, the program has lacked funding over the years.

Orfield says Americans have indicated an interest in having more magnet schools around the country, but federal support has declined in Republican administrations. According to Orfield, “The Biden administration has already said in some of their policy documents that they are in favor of expanding” magnet schools.

Orfield has promised the Civil Rights Project will continue engaging higher education to identify ways to solve school segregation and other similar issues.

“We are commissioning scholars across the country to look at the dynamics of what is going on, projected 25 years into the future, and help to create an agenda about what can be done and what needs to be done,” says Orfield.

Resegregation on the Rise, Says Report