Dr. Marjorie Hass, president of Rhodes College, will be the first female president of the Council of Independent Colleges (CIC). She will assume her post in the summer. 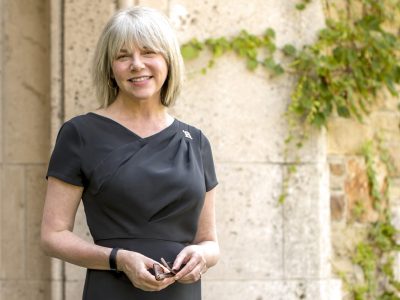 “CIC’s role is unique in its focus on building capacity at every level and within every sphere of independent colleges and universities,” Hass said. “Areas of particular urgency include: building the leadership pipeline, strengthening financial models, education for democratic citizenship, and transformative action for equity, access, and inclusion.”

Hass’s history with CIC is lengthy. She served on the CIC’s Board of Directors from 2012 to 2016 and was vice chair for resource development on the Board’s executive committee from 2014 to 2016. She also took part as faculty in CIC’s New Presidents Program.

As president of Rhodes College, Hass appointed the school’s first chief diversity officer and vice president for strategic initiatives and supported the creation of the school’s plan for diversity, equity, inclusion and access.

Hass has held higher ed leadership positions in the past, having served as Muhlenberg College’s provost and president of Austin College.

Her work in philosophy has focused on the philosophy of language, logic and feminist philosophy. She holds a Ph.D from the University of Illinois.