Six colleges and universities from across the nation are teaming up to launch a new initiative that they say will change the future of education.

REP4—or “Rapid Education Prototyping” is an effort that will partner with hundreds of high school and community based organizations to address the urgent challenges of access and completion to help deliver on higher education’s promise of social and economic mobility.

“Our university’s mission has long included making education relevant, impactful and accessible for students,” said Fort Valley State University (FVSU) president Dr. Paul Jones. “Collaborating with other like-minded institutions across the nation will provide a tremendous opportunity to shift the paradigm of how we approach learning, particularly for underrepresented communities.” 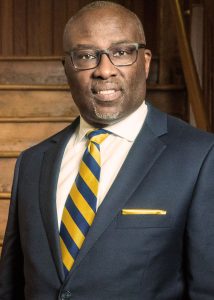 FVSU is one of the six colleges and universities serving collectively more than 100,000 students, who will participate in this effort which was formed in response to a growing number of challenges facing higher education, including low completion rates, lack of access and racial gaps.

According to organizers, the initiative will engage the voices of learners in designing innovative, actionable solutions for pressing challenges. They said that participants will co-design education prototypes, and the best ideas will be scaled nationwide through the alliance to maximize impact.

“Flipping the model from learners simply giving feedback to learners being designers of education is a truly innovative idea,” said Dr. Ted Mitchell, president of the American Council on Education (ACE). “It’s unprecedented to engage learners directly in the designing experience, and REP4 can serve as a model for higher education nationwide.”

The need for an REP4 model is critically important said Shippensburg University president Dr. Laurie A. Carter, who is transitioning into the presidency at Lawrence University this summer after serving as president of Shippensburg for the past four years.

“REP4 is an important national network of like-minded institutions dedicated to social justice and social mobility,” said Carter. “Shippensburg University is proud to represent the Northeast with this vital link to reimagining the future of higher education with impactful partners creating scalable programs.” 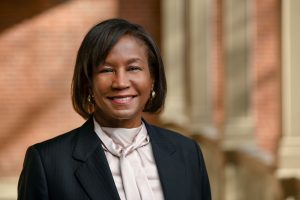 According to the Association of American Colleges and Universities, citing a 2016 Pell Institute study, the country has struggled to close a persistent gap related to income and degree attainment. Among students in the bottom socioeconomic quartile, 15 percent had earned a bachelor’s degree within eight years of their expected high school graduation, compared with 22 percent in the second quartile, 37 percent in the third quartile, and 60 percent in the top quartile.

COVID-19 has further exacerbated the crisis, particularly among students of color.  By employing the REP4 approach of allowing learners to design solutions, institutions said that this will allow them focus on improving outcomes and eliminating barriers.

“We are inspired by young learners with keen perspectives on what their future can be,” said Grand Valley State president Dr. Philomena V. Mantella. “These learners gave us ideas that will play a key role as we lead the national conversation on a new vision for education. Their insights will help us create a model for an education system designed for learners by learners.”

Their six-week Learner Engagement Challenge held last summer brought together 25 area high school students, along with GVSU students, to reimagine the future of learning to meet the changing needs of the 21st century. 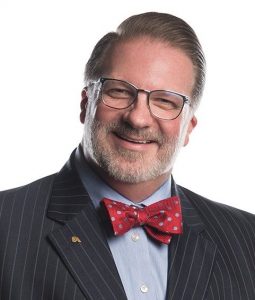 “I didn’t think I would make it as far as high school,” said Dionne Pinto-Guerra, a participant in last year’s program. “College feels like a goal that everyone has, but not everyone can reach. It was amazing to participate in a program where you get to change lives and change the system for the better.”

Each of the founding six partners will hold its own regional summit for REP4, with Grand Valley State University hosting the national convening August 5, 2021. The alliance is intended to grow over time and other institutions are invited to become involved with this effort.

“Higher education is at risk of irrelevance if we cannot adapt and innovate for a shifting landscape in technology and workforce development,” said Dr. Russell Lowery-Hart, president of Amarillo College. “REP4 links transformative institutions committed to reimagining learning. Amarillo College is honored to join this work with the goal of creating 21st century skills students can take with them on new and better transfer pathways.”

James Kvaal Announced as New Under Secretary of Education