Creating a more inclusive environment begins with individual work. Moving from denial to recognizing that biases exist in everyone, said Dayna Ford, director of community standards at the University of Texas-Arlington.

To address those biases, one must understand and learn how their own identity, background and life experiences impacts the way others are perceived. Catching those thoughts prevents action from occurring that could negatively impact students. 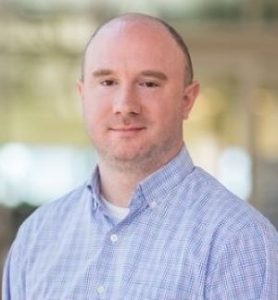 Conversations about bias must also happen at an institutional level.

During training sessions, Ford will provide participants with scenarios that could “illicit a stereotypical response” to get participants to think through their own biases such as “what does a 4.0 GPA student look like compared to one who holds a 1.5 GPA?”

For some students, receiving a misconduct could reiterate their feelings of not “belonging” on campus, according to Dr. Jill Dunlap, senior director for research, policy and civic engagement at NASPA. To increase student success, administrators involved in the process can serve as a resource and provide frequent check-ins.

To change the narrative, administrators should also be intentional about engaging and connecting with students outside of the office setting, experts said.  Whether that’s through being an advisor for an on-campus organization or a volunteer referee at a sporting event.

“It is a disservice for the individuals on your campus, be they your students, faculty or staff, to only see you in these moments of crisis,” said Mikiba W. Morehead, a doctoral student at the University of St. Thomas-Houston. “They need to be able to have trust in you as an individual and your offices and entity to know that you are more than just the people we go to when we are in trouble.”

Martha Compton, director of strategic partnerships and client relations for Grand River Solutions, emphasized the conduct process should feel that it is happening “with the student” rather than “to the student.”

It can also indicate what is not working within a student’s experience. For example, if a student received a third underage alcohol violation, the conversation should focus on understanding their reasoning behind substance usage rather than expulsion.

“There are so few things I think that people need to leave a campus for,” said Corey Benson, dean of students at University of Texas-Permian Basin. “That is a loss of someone whose had space on your campus, whose built meaningful relationships with their peers and with their instructors; whose created memories, affiliation and affinity to the institution and the place.” 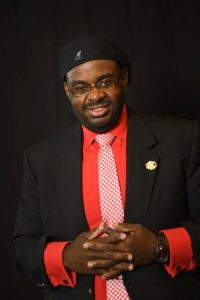 Looking to address the needs of first-generation students, another session focused on mentoring frameworks developed by the Univ. of Maryland, Baltimore County (UMBC) McNair Scholars Program.

The initiative—which aims to increase Ph.D. attainment for low-income, first-generation and underrepresented students—is one of eight federally funded TRIO programs within the United States.

After reevaluating his own mentor relationships, Michael Hunt, director of the UMBC McNair Scholars Program, had discussions with scholars about their concerns.

“I was not happy with some of my mentors,” he said. “Yet, I was mentoring the same way those mentors had mentored me…It wasn’t that I was inherently doing anything wrong but the message of my mentoring and support was not meeting the needs of my students.”

Through conversations, scholars emphasized a lack of adequate training and uneven expectations for mentors and mentees.

To create holistic critical mentoring, the key concepts include “permeance of race and racism, centering the voices of mentees, celebrating culture and lived experiences, reciprocal relationships, redefining professionalism, providing a network of support and mentees being seen as an expert.”

In the context of the program, the holistic critical mentoring model consists of five frameworks: scholars’ whole self, McNair staff, community of supporters, Scholar2Scholar and formal and informal mentors.

Under this model, scholars are provided with opportunities to engage with their peers in small group settings and given three mentors to offer research guidance and answer questions about the college process.

“We really like this idea that we are centering the students,” said Hunt. “We are recognizing where race plays into this. We are calling it out. We are saying it and actually working to push against it and changing the culture of mentoring.”

Inclusion and Acceptance for Students and Staff