According to the letter, sent last week, this is a violation of the Equal Credit Opportunity Act (ECOA), which bans discrimination against applicants for any credit product on the basis of race. The organizations requested a meeting with Stride Funding to discuss the impact of their practices on student borrowers of color. 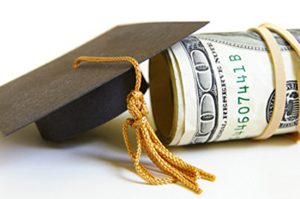 “Stride shares the goals of the SBPC and LDF and is excited to have the chance to work with them on our shared mission of ‘providing access to financial products to those who have long been left out of traditional credit marketplaces,’” the company responded in a statement to Diverse. “We disagree with the conclusions reached in their report and believe their analysis fails to consider important non-racial factors that we will look forward to discussing collaboratively. Stride believes all students deserve transparency and access, which is why we make our rates publicly available and fund students without ever requiring a cosigner.”

Income share agreements have been praised as an alternative to growing federal student loan debt, allowing schools and companies to offer loans based on students’ projected incomes. Borrowers avoid accumulating interest and instead pay back loans by giving a set percentage of their salary for a predetermined number of years. Lenders are essentially investing in students with rates that vary by predicted salary. If graduates go on to high-paying jobs, they pay more. If they make less, they pay less.

But the model isn’t a “magical solution” to the student debt crisis and can “produce outcomes where borrowers at MSIs, and particularly HBCUs, will ultimately see themselves having to pay potentially thousands of dollars more to access the same amount of money to go for school,” said Seth Frotman, SBPC’s executive director. He’s afraid this will have “downstream ramifications” on students’ finances, exacerbating racial inequities.

In January, the center ran a series of tests, using Stride Funding’s mystery shopping tool. It found that hypothetical applicants at HBCUs and other minority serving institutions were given higher price quotes than applicants with the same incomes and credit scores from predominantly White institutions. For example, the investigation showed that a Morehouse College economics graduate could expect to pay $1,619 more than an economics graduate from Emory University for a $10,000 income share agreement. Stride Funding quoted the Morehouse student 6.15% of annual salary and the Emory student 5.65%.

“… Historically, HBCUs have been devalued or undervalued in terms of what they offer for Black communities in America,” said Ashok Chandran, assistant counsel for LDF. “And I think when we saw just how stark those pricing disparities were, we were really concerned.”

He stressed that even if an algorithm is making pricing decisions, that doesn’t mean the price quotes are free from bias.

“As the lending industry moves into a world where decisions are being made algorithmically … there’s a particular need to scrutinize how education data is being used and how algorithms are learning and developing, because they’re iteratively generating information about consumers,” Chandran said. It’s important to think about “how they’re relying on education data and creating sort of profiles for people [and] what those may end up being proxies for.”

Similarly, Frotman sees Stride Funding as a “larger window” into equity problems with the income share agreement business model. For example, he said there are “reams of data” that show schools offering income share agreements, with differential pricing based on major, end up favoring male-dominated fields, like engineering, over disciplines with more female students, like early childhood education.

Despite these equity concerns, many income share agreement providers don’t have a mystery shopping tool like Stride Funding, making these institutions challenging to regulate.

“… There’s already preexisting disparities in access to credit and access to financial products which can be a powerful pipeline to the middle class …” Chandran said. “Those disparities are only going to worsen and are going to be harder to tackle through a traditional fair lending analysis. So much of the decision-making process is a black box [that] people in the public, regulators, advocacy groups can’t as easily scrutinize.”

The organizations hope regulators will more carefully monitor lenders who offer income share agreements, ensuring they comply with consumer protections, Frotman said. But he also wants to see a “real reckoning” with the model itself.

For student loan debt, “this isn’t the solution,” he added. “This is actually a mechanism to drive many of the same problems that have gotten us into this mess when it comes to disparate outcomes, predatory practices that target borrowers and communities of color and kind of a larger model that not only drives marginalized communities into high-cost credit but locks them into it. I think it’s really important now for regulators, for policymakers, for law enforcement officials to get ahead of this problem before we’re playing catch-up for decades…”