The dream of free college for all recently took a big step forward.

The College Promise campaign unveiled its proposal for joint support from both federal and state governments. This partnership, if enacted, could make public community and two-or four-year colleges and universities completely free for all qualifying students.

The proposal is the brainchild of Dr. Martha Kanter, the CEO of College Promise and former undersecretary of education for President Obama.

“My goal in life is to give every student, who has the potential and the desire to go beyond high school, the open door,” she said.

Before COVID-19, half of College Promise participating schools reported difficulties in financially sustaining their operations. In 2020, Oregon reduced its promise program funding by $3.6 million. This new proposal divides financial support. The majority of the financial burden (75%) would be shouldered by the federal government and the remaining subsidized by the state. The proposal’s goal is not just to create a sustainable system of free public college but create a national standard for education.

“Working under President Obama forever changed how I see [America],” Kanter said. “I see this country as part of the world…. It takes so little, and we’re so behind.”

Getting into college “can’t just be the luck of the draw anymore,” she added,

Free college has been a top priority for many progressive political candidates, but it’s not just a progressive issue. According to a Pew Research poll from February 2020, about two-thirds of Americans somewhat or strongly support the idea of free college.

In Sept. of 2015, former President Obama announced his intention for a free college campaign. Now, First lady Dr. Jill Biden and former Governor Jim Geringer of Wyoming represent the bipartisan support that will be needed to turn proposal into policy. It’s too soon to know whether this proposed campaign will be integrated into President Biden’s Higher Education Act, Biden Plan to Build Back Better, or its own separate legislation.

College Promise purposely interprets the word “college” broadly. The goal is educational training for all, aiming to create a “talent pipeline” that will strengthen the American workforce, economy, and society, Kanter said. 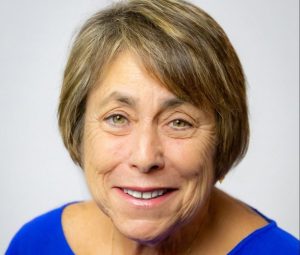 “We want all of our students in this community to go beyond high school, and here’s what they can do: be a welder, doctor, nurse, lawyer, accountant—we want the whole community to have the expectation that college is going to be affordable and do-able for everyone that wants it,” she said.

College Promise hopes to cover not only tuition but also other financial burdens or hardships faced by students. Housing, food, textbooks, supplies, childcare, rent—all and more will be covered, something College Promise calls “wraparound services.”

“We pay for what we value,” said Kanter. “We’ve sustained the GI Bill since 1950 for veterans. Now that we have the most diverse communities in the country, can’t we do this in addition? When a prison guard makes more than a teacher, there’s something wrong with what we value.”

Kanter’s own father was able to benefit from the GI Bill post World War II. He was the first in his family to go to college.

All former military persons receive, in addition to the GI Bill which covers 100% of statewide public tuition rates, a housing stipend that varies by zip code. That funding is delivered to the student, who then can decide how best to use it, whether that’s buying textbooks or paying for childcare—anything they need.

Daniel Oropeza, 28, served in the Navy for four years before using the GI Bill to attend school in California.

“Being free from financial restraint gave me the freedom to explore,” said Oropeza. He grew up in South Florida and chose to enter the military to support his college dreams, which he knew he could not achieve without going into serious debt.

“I didn’t want to be a burden to anyone, especially my parents… my girlfriend had to work the whole time she was in college, and she graduated with a bunch of student debt. And I can see how that affects her emotionally, mentally, financially. It makes a huge, huge difference.”

Pradeep Ravindra, 31, of Summit, New Jersey, served in Iraq from 2011 to 2012. When he returned to American soil, Ravindra used his GI Bill to graduate with his Bachelor’s in Informatics from SUNY Albany. He owed less than $5,000 in loans, which he was able to clear in under two years.

“The truth is, currency is freedom in our country. Having no debt has given me freedom,” said Ravindra.

For him, College Promise for All is asking the ultimate question of American policy: “Is education a right?”