Rethinking the 16-Week Semester: Is a Shorter Semester More Equitable? And for Whom? - Higher Education

Rethinking the 16-Week Semester: Is a Shorter Semester More Equitable? And for Whom?

COVID-19’s impact on student success and mental health forced institutions to reexamine the efficacy of academic structures that had long been considered status quo. For some schools, that included rethinking the 16-week semester. 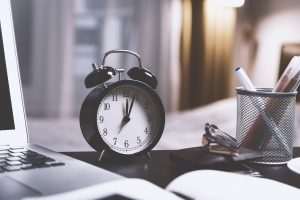 Roughly 95% of institutions operate on a traditional semester timeline, in which students arrive on campus in mid-to-late August and take four to six classes for 15 or 16 weeks before leaving for winter break. Some schools, however, — particularly community colleges  — have pursued an alternative option, in which students take two to three classes for eight weeks.

Proponents of the eight-week semester praise its flexibility, especially for working students and student parents. That’s because, if a life event abruptly derails a student from completing their semester, fewer courses will be impacted and, thus, fewer credits will be lost. Plus, these students need not wait long for the arrival of a new semester and a fresh start.

“If they need to stop out, there’s a shorter amount of time before they can jump right back in and get right back into the swing of things and keep their momentum going,” said Dr. Laurie Fladd, director of holistic student supports at Achieving the Dream (ATD). She recently helped authored a guidebook for schools transitioning to shorter semesters.

According to Fladd, the compressed schedule also allows students to maintain the benefits of having full-time status while only having to focus on two courses at a time. That’s especially crucial for working parents such as Courtney Honeycutt, who graduated from Amarillo College.

“I get to spend more time with my daughter and I get to remain a full-time student,” said Honeycutt in an interview with Amarillo College, who explained that the full-time status allows her to keep her financial aid and single-parent housing while being enrolled in just two courses at a time. 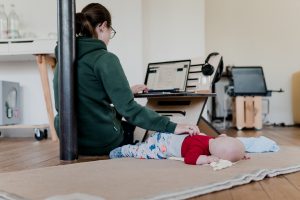 At most schools, full-time status requires that a student be enrolled in at least four courses — a tall order for working student-parents, said Fladd, who added that the flexibility of shorter semesters proved particularly fruitful amid COVID-19.

“On the colleges that were pretty well established [with short semesters], when COVID hit, their students had almost already completed the first term of that spring semester. And so, those students had already banked those hours, or were really close to being done with their term, when we had to make that massive shift to online courses,” explained Fladd. “So, even if the students couldn’t continue for some reason, they didn’t lose everything. They actually already had those two courses under their belt and we’re able to just bank those hours even if they couldn’t continue.”

With the unpredictability of COVID making it impossible to know when, or if, colleges would need to pivot their schedules, the flexibility of shorter semesters seemed an appealing alternative, even to traditional four-year colleges.

For instance, Earlham College, a private liberal arts college in Richmond, Indiana, temporarily adopted shorter 7-week semesters in response to the COVID pandemic. To be on the safe side, the school’s president, Dr. Anne Houtman, said the school is continuing with the shorter semester schedule this coming fall.

“That allows us to pivot to online if we end up needing to do that again,” said Houtman. “It’s looking less and less likely, knock on wood, but, if we have to, then we can. We are still kind of preparing for the worst and hoping for the best.”

However, she added that once it becomes clear that COVID-19 is no longer a threat, the school likely won’t continue the shortened semester due to critical feedback from faculty and students who dislike the new schedules. Though Houtman wonders if the root of that criticism might be people “conflating how they feel about being in pandemic conditions with how they feel about seven-week terms.”

“My scientists, in particular, have been insistent that we can’t teach science in seven weeks,” said Houtman, a former biology professor. “To which I say, ‘That’s funny, because I’ve taught plants in four weeks, five weeks, seven weeks and eight weeks at Oxford.’ So I don’t think God said, ‘Thou shalt teach science in 14 weeks.’”

Nonetheless, time constraints remain a common complaint among those who oppose shorter semesters. When Scottsdale Community College announced last year that it planned to have 80% of its classes taught in an eight-week timeframe by fall 2021, one English professor was afraid her students wouldn’t learn enough in that timeframe to be adequately prepared for their next course.

“You have to make sure that students in English 101 are prepared for English 102,” Ramona Goth, a SCC English faculty member, told the student newspaper in February 2020. “In 16 weeks you get a lot of time, but in 8 weeks you have to get it down to the very nuts and bolts. This is it. …  If we don’t all have the same downbeats, now when you move into English 102, you don’t have skills that you need.”

According to researchers at Achieving the Dream, such complaints might be valid if professors simply take their 16-week courses and compress them to an 8-week schedule.

“If a faculty member thinks that they’re going to take the course that they have in 15 or 16 weeks and just take everything as it is and move it into seven or eight weeks, it’s not going to work well,” said Fladd. “So if they think that’s not going to work, they’re absolutely right.” 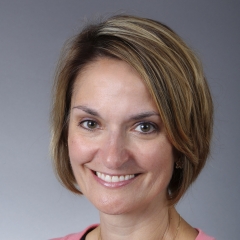 Fladd used to teach microbiology at a community college herself. When her former institution switched to 8-week schedules, she said the transition was “fairly intensive” and required a “very intentional redesign.”

It requires “thinking how the student is going to interact and engage, leveraging technologies such as their learning management system and their active learning platforms,” she said. “Those kinds of things really help courses that are higher intensity be more manageable for students.”

When designed correctly, she said data show that shorter semesters can provide an equitable option for schools, especially those that serve nontraditional students. However, while “there’s a lot of research in the field on the benefits of this type of shift, there are not a lot of resources to help colleges actually do it,” said Fladd.

By studying the transitions at those schools, the guide’s authors said the biggest mistake transitioning schools made was not including faculty early enough in conversations on semester lengths.

“There’s nothing worse than coming back from a break and finding out, ‘surprise, this is what we’re doing,’ so faculty should be at the table from the very start,” said Fladd. 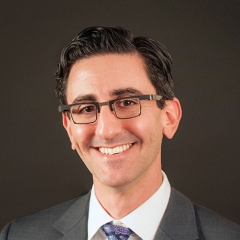 Another of the guide’s authors, ATD’s director of teaching and learning Jon Iuzzini, added that communication across all stakeholders in the college was crucial when examining the six schools. With areas such as advising, financial aid, finances, human resources and the bookstore all interconnected and directly impacting the student experience, it’s essential that they understand their roles and others’ roles in the transition, he said.

“When we think about communication and we think about the different stakeholders, I can see how some of these institutions get very bogged down in the structural change around scheduling, but the faculty are left without the support to think about course redesign and how they’re going to shift their pedagogical approach to work well and to optimize this shortened term,” he said.

“Or maybe you have the faculty only focused on the pedagogical issues and they’re only talking to each other about that, and they are not connected to the broader conversation about the structural change and so if the different groups of educators at the institution are not talking to each other about the different kinds of changes needed for this to be successful, then I think there’s limitations in the collaboration.”

So far, data from the participating colleges show promise. Five years after implementing shorter semesters, Trident Technical College saw its student course success rates increase from 63.2% to 75.3%, its graduation rates increase by 8% and its withdrawal rates decrease from 15.8% to 9.4%. Odessa College saw its graduation rate double to 42% the year it launched 8-week courses. Full-time enrollment increased from 36% to 46% at Amarillo College four years after it began shortening its terms. And Grayson College saw an 11% increase in students converting from part-time to full-time status.

Still, shorter semesters may not be a silver bullet for every college. When considering whether to try shorter semesters, the guide’s authors said schools need a powerful “why.” They should ask themselves: “Who do we serve? And what does our data tell us about those students?”

When Waukesha County Technical College looked at its own data, it saw that many of its students were only taking about six credits per semester, said Fladd. Realizing that earning a degree was taking a long time for its students, Waukesha found its “why” and began its transition to shorter terms during the pandemic.

“Colleges need to look at their context and see what works well for them and for their students,” said Fladd. “This is one tool in what I think of as a student success toolkit or tool box. But if it doesn’t happen with a thoughtful course redesign, and if it also doesn’t happen with intentional holistic supports around the student, then it may not alone be enough to improve student success. So it’s not a silver bullet, but it is a really important strategy in taking a traditional higher ed structure, taking it apart and creating and designing something that is more meaningful for the students that we serve.”