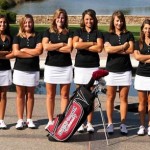 Bethune-Cookman College has gotten a lot of criticism for having no Black students on its golf team.

Like the thousands of freshmen converging on college campuses across the nation, hundreds of college administrators who hope to shepherd those and other students’ college pursuits are more than anxious about the months ahead.

While some students may be perplexed over choosing one course or major over another and many are wondering how to raise the money needed to finish school, college and university leaders are wrestling more than ever with increasingly pressing challenges on a broad range of fronts that are likely to frame their future for years to come.

HBCUs are no exception. They are facing increasing pressure to reinvent themselves to stay alive and relevant as more and more Black students choose to attend majority institutions and private, for profit colleges.

Higher education administrators are getting strong signals from traditional funding sources — from state treasuries to wealthy benefactors — that the recent steady reduction in their support of most public HBCUs and many private ones is likely to continue for some time.

Meanwhile, HBCUs are encountering heightened pressure to recruit and retain more academically qualified students as possible vehicles for improving their graduation rates. The impetus is not just the historically low graduation rates at HBCUs, but in recent years, the appearance of impressive results at online colleges serving as an example.

Schools are also engaging in sweeping self-studies, resulting in massive overhaul agendas. For example, many traditional academic programs are being replaced by a near stampede to focus on science, technology, engineering and math (STEM) programs, in hopes that they will draw more money to the school. Institutions are dropping decades-old practices that gave administrators more latitude in admitting promising students who could not meet standard admissions requirements and those who may have been short of funds at the start of the school year but who enrolled with a promise to pay when sufficient funds were in hand.

Faltering under these and other pressures, many historically Black institutions are looking to non-Black students as a means to fill gaps and meet the challenges at hand.

The new “environment of accountability” is pushing HBCUs, as they have historically been known, into another orbit, with their golden years in the rearview mirror, said Rodney Parks, director of development at Philander Smith College, a private liberal arts HBCU in Little Rock, Ark.

HBCUs saw an increase in enrollment in the 1950s and 1960s, Parks said, only to see enrollments and support begin a decline in 1970s “after the best and brightest” young Black students began pursuing college opportunities beyond HBCUs. In the late 1980s and early 1990s, HBCUs won a reprieve via pop culture and television programs like A Different World that focused on the value of HBCUs.

“After that, the bow broke,” said Parks, with many HBCUs sinking into various levels of financial distress complicated by poor management decisions aimed at keeping institutions afloat so no child is left in the dust.

“We are a very giving people, but we’re not philanthropists,” said Parks, noting, as others, that Black people’s hearts are larger than their wallets. “If you put that against a business model, it doesn’t work at all. Not everyone is meant for college,” Parks said, echoing a growing number of college administrators.

Indeed, signs abound of serious troubles at hand and no clear road map for navigating them.

In recent years, more than a handful of schools have struggled to maintain their prized accreditation with the Southern Association of Colleges and Schools (SACS). Once-prestigious Fisk University in Nashville, for example, has maintained its academic excellence, but the school has been limping for more than a decade due to lack of revenue and students.

Even the federal government, for decades a reliable source for investing taxpayer dollars to help support HBCUs, is becoming less and less hospitable as the ranks of lawmakers who remember HBCUs’ historical and political importance shrinks and a new generation of bottom-line obsessed lawmakers replaces them.

“It’s a tougher climate now than last year,” said Edith Bartley, director of government affairs at the United Negro College Fund (UNCF). “There’s an urgency in D.C. in both [Republican and Democrat] parties,” she said, to show they have the best plans for addressing the nation’s lingering economic ills. The question is by how much.

Bartley said UNCF and other higher education advocacy groups are marshalling their forces to “keep the conversation front and center” about the continued need for federal support of HBCUs. That said, she and others assert, most of the federal spending scenarios being tossed about on Capitol Hill do not bode well for higher education, HBCUs included.

There is even doubt about the level of congressional support beyond 2013 for Pell Grants, the key federal student aid program relied upon by most HBCU students.

With the pressure on to survive or fall to the side, there is no slack in the rope among those trying to keep HBCUs in the game.

Some HBCUs, like Fayetteville State University, are setting up small Washington offices to make their school’s case before individual agencies.

Some are beefing up their grant-writing staffs, in hopes of doing a better job of pitching directly to private funders and various federal agencies and competing for the billions of dollars awarded each year to higher education institutions in the form of grants and research contracts.

“We’ve got to be more entrepreneurial,” said Jackson State’s Hardy.

For its part, Jackson State, which hopes to boost enrollment by 68 percent over the next nine years, is making an aggressive push for “another population of students” on top of its historic target market — young, high school graduates, most of them Black. “We’re going after the non-traditional student,” said Hardy. “We’ve developed our own night and evening program, weekend and extended learning piece and online learning.”

To enhance its attractiveness to traditional entering freshmen and hopefully entice them to stay in school, Jackson State plans to provide iPads to every full-time member (estimated between 800 and 900 students) of the Fall 2012 class entering as a freshman. Working with a grant from the non-profit Mississippi e-Center, the university said the iPads will be “integrated into the curriculum to enhance the learning experience and the tablets will save students money by enabling them to purchase electronic books for their classes.” As a bonus of sorts, Jackson State said students who remain enrolled at the school for five semesters get to keep the iPads for personal use.

Bottom line, said Hardy, echoing others: “We’ve got to change to survive.”