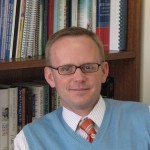 David Hawkins is the director of public policy and research for the National Association for College Admission Counseling.

As more students submit increased numbers of college applications to ensure themselves a spot on campus, the business of figuring out who’s going to get admitted—and who’s going to commit to enrolling if they do—has gotten more tricky.

According to the report, 79 percent of Fall 2011 freshmen applied to three or more colleges, an increase of 12 percentage points over the last 10 years and higher than the 77 percent who did so the previous year. The percentage of students who submitted seven or more applications reached 29 percent in 2011, whereas only 25 percent did the previous year.

The trend of students submitting more applications is being driven by the ease that online technology has brought to the application process, coupled with exaggerated or misunderstood claims about the increased selectivity of colleges and universities, a NACAC policy expert and co-author of the report told Diverse.

“Against the backdrop where the popular conversation about admissions suggests that colleges are getting more selective than ever, students are hedging their bets by submitting more applications to increase their chances of getting into any one [college],” said David Hawkins, Director of Public Policy and Research at NACAC.

Ironically, Hawkins said, this inflationary effect makes it more difficult for students to get into an institution, because admissions officers must review significantly more applications to fill roughly the same amount of seats on campus each year.

Over the past decade, according to the NACAC report, the average ratio of applications per admissions officer rose from 359 in 2005 to 662 in 2011.

“That matters because an institution could simply accept a lot more [students] to fill their classes, but then acceptance rates go up, and then others, such as faculty, boards of trustees, and college rankings, will critically assess an institution’s quality based on their acceptance rate,” Hawkins said. “So colleges are hesitant to do anything that will make them be perceived as less selective.”

The report notes how for the Fall 2011 freshman class, the average yield rate—or the percentage of admitted students who decide to enroll—among four-year colleges and universities stood at 38 percent, which means less than half of all students admitted to a given institution accepted those offers of admission.

The average yield rate has declined steadily in recent years from 49 percent in Fall 2002.

However, the report states, with more students applying to increased numbers of institutions, “consequently, the admission office’s task of predicting yield rates and obtaining target enrollment numbers is more complex.”

As a result, colleges are relying more on “demonstrated interest” to make sure the students they admit are likely to enroll if accepted, Hawkins said, reiterating a point made in the report.

Institutions are also resorting to marketing plans to seek out students trying to enroll, and at the same time trying to drive in more applications so they can have the luxury of choosing among a larger pool of applicants.

Hawkins said it’s difficult to determine if students or colleges are the ones bringing increased uncertainty to the college admissions process as both students and colleges “chase each other around the tree.”