After 125 Years of Service, St. Paul’s College Shutting Down June 30 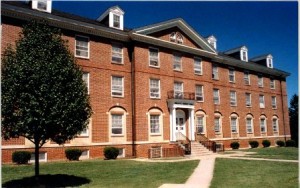 In the coming weeks, the focus at Saint Paul’s will be the business of shuttering the rural 184-acre campus.

Saint Paul’s College, the beleaguered HBCU in Lawrenceville, Va., will cease operation on June 30, according to its board of trustees.

A spokesperson for the Southern Association of Colleges and Schools (SACS) confirmed that Belle S. Wheelan, president of the regional accrediting body, had received a May 28, letter from the chairman of the board of trustees at Saint Paul’s College notifying her of the decision to close the 125-year-old institution. Efforts to reach Board Chairman Oliver W. Spencer Jr., were unsuccessful.

In recent years, SACS cited Saint Paul’s for a series of deficiencies and violations, among them the lack of financial stability and too many faculty without terminal degrees. The college was eventually stripped of its accreditation.  A federal judge later issued a preliminary injunction, allowing the college to keep its accreditation on a probationary basis so that Saint Paul’s could continue to enroll students and hold classes. It opened last fall with about 111 students.

During a two-year probation, the private college struggled, but couldn’t fix what accreditors found lacking at the institution that largely serves low-income, first-generation students. Saint Paul’s struggled to rebound. Student enrollment continued to tumble, slipping below 100 and the money it raised from gifts, alumni donations, and desperate appeals, never seemed to be enough for the fledgling college to thrive.

The acquisition would have also meant assuming Saint Paul’s debts which were estimated at between $4 million-$5 million dollars, Stith told Diverse.  Although the St. Augustine’s decided not to pursue the acquisition, it did agree to hear an appeal on May 31, from Saint Paul’s trustees hoping to reverse the decision. Saint Paul’s College and Saint Augustine’s are two of three Historically Black Colleges and Universities founded by the Episcopal Church. The other is Voorhees College in Denmark, S.C.

Until now, with each setback or bad turn, Saint Paul’s College seemed to dodge demise. A recent message and urgent appeal on the college’s website from national alumni President Hardi Jones was hopeful, but late: “The administration and staff press forward with an operating plan to increase enrollment, serve our beloved students, reduce debt, and raise gifts and grants that will contribute to the successful outcome of a balanced budget, extended accreditation and a continuum of mission.  These outcomes, while challenging, have been accomplished before, but only with your help did we succeed.”

In the coming weeks, the focus at Saint Paul’s will be the business of shuttering the rural 184-acre campus. According to documents obtained by Diverse, those efforts will include notifying teen parents enrolled in the College’s Single Parent Support System Program that they will no longer be able live on campus or pursue a degree there. Close-out plans will also mean satisfying faculty and staff contracts, and transferring students to neighboring Virginia institutions, such as Norfolk State University and Virginia Union, selling off more than $30 million in property and buildings, and settling debts.