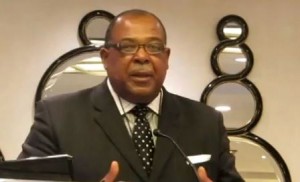 Joel Harrell has been named interim executive director of the White House Initiative on HBCUs.

Last week, Education Department Under Secretary Martha Kanter notified HBCU leaders that the department had named Dr. Joel Harrell, a department veteran and former Clark Atlanta University administrator, to succeed John Brown as the acting executive director of the White House Initiative on HBCUs. With Wilson’s January departure to Morehouse College where he serves as president, Brown had run the office since January 7.

The move to name a new acting director, however, has drawn criticism from Washington-based HBCU advocates who say the Education Department should have made a permanent appointment given the set of challenges now facing HBCUs that will continue into the new academic year.

Among a number of reasons, “the appointment of yet another interim executive director does not bode well for the HBCU community, whose challenges are many, immediate, and likely to have lasting adverse impacts,” according to a letter sent to President Obama which reportedly came from the heads of the National Association for Equal Opportunity in Higher Education (NAFEO) and Thurgood Marshall College Fund (TMCF), the membership associations for the nation’s 105 Historically Black Colleges and Universities (HBCUs) and 90 Predominantly Black Institutions.

Although TMCF president and CEO Johnny Taylor says that he did not authorize his name to appear on the letter sent to the White House last week, he has acknowledged that he is disappointed with the Obama Administration for not making a permanent executive director appointment, according TMCF spokesperson Tangie Newborn.

“If President Obama wants to show his commitment to the HBCU community, he will appoint a permanent leader to serve as advocate in the White House Initiative on HBCUs.” Taylor told HBCU Digest.

Lezli Baskerville, the NAFEO president and CEO, told HBCU Digest that it was suggested in the Education Department email to HBCU leaders last week that the ‘interim’ appointment could last for several months. “These are critical months in challenging times for HBCUs and MSIs especially,” she said.

U.S. Education Department press secretary Daren Briscoe released a statement to Diverse Monday saying the department acknowledges the “prominent role of our nation’s Historically Black Colleges and Universities to provide students with a high-quality higher education and help our nation reach the 2020 goal for the U.S. to have the best educated, most competitive workforce in the world.”

“During this transition, we are continuing conversations to ensure the White House Initiative on HBCUs has the best leadership in place to harness the opportunities and navigate the challenges that face HBCUs today, and we are moving as quickly as possible to find a permanent executive director,” according to the statement.

Dr. Ivory Nelson, the retired president of Lincoln University and a member of the Alliance of Former Presidents and Chancellors of Historically Black Colleges and Universities, said HBCUs are currently facing tough challenges, including a heavy  wave of Parent Plus Loan denials that HBCU leaders say have fallen disproportionately on their schools. He cites Harrell, who has been the department’s Deputy Director in the School Experience Group for Federal Student Aid, as a credible and respected leader known to the HBCU community.

“I don’t want to see someone like Harrell who’s been a friend to HBCUs caught up in a lot of politics,” Nelson said. “(HBCU leaders) have to keep their eye on the big picture.”

Nelson explained that the Alliance under the leadership of retired Morgan State University president Earl Richardson last month sent a letter to the White House urging President Obama, among other things, to elevate the status of the White House Initiative on HBCUs such that it is housed in the White House rather than the Education Department.

“A shift of the office to one of the directorates within the White House would immediately send a message of the value this administration attaches to HBCUs, the investment the Executive Office will make in these campuses, and the investments it expects every legislative body, executive agency, corporation, and foundation to make in HBCUs during your second term,” according to the Alliance letter.