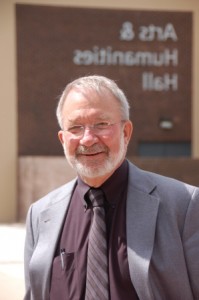 Peter Adams, director of the CCBC Accelerated Learning Program, was the brains behind the accelerated learning idea.

As the first leg on the long ladder to academic achievement, community colleges have long had a reputation for losing almost as many students as they enroll. The reasons run the gamut from school-related to personal. Whatever the reason, the bottom line is not encouraging, especially for students who enter with graduation from a four-year college on their minds.

At the Community College of Baltimore County—which serves more than 30,000 students in the Baltimore area—and at a growing number of community colleges across the country, academic leaders feel they may have hit upon a strategy that’s turning around the community college retention and graduation crisis.

After years of seeing more than half its students drop out during remedial education semesters, the English Department at CCBC, where 80 percent of students require some kind of remedial/developmental education, adopted a teacher’s proposal to impose some seemingly simple changes that are essentially reinventing the remedial education wheel.

Resisted early on by some peers, Peter Adams, an English professor at CCBC, proposed shortening the remedial class sequence pipeline by combining students whose placement tests indicated they needed non-credit remedial education classes with students whose tests automatically qualified them for regular English 101 credit classes. Adams argued students in need of remedial or developmental study could do better than placement tests suggested if they realized they would be taking the credit class, English 101, in tandem with the non-credit developmental education class.

In the process, “remedial” would lose some of its stigma for students and teachers, Adams asserted. Students (the average age of a CCBC student is 29, and the majority are part-time students) would more quickly see they are paying for credit classes. The shortened pipeline could also help in retention, making it more likely that students who see progress would try harder to stay in college long enough to complete their community college studies.

“The pipeline is too long, too discouraging,” says Adams, who has taught at CCBC for more than 30 years. “We think the students can do a lot more than we are expecting them to.”

Today, six years into the new approach, evidence abounds at CCBC that the new strategy is working. Now billed as a “co-requisite” for entering a four-year institution rather than a “pre-requisite” to taking classes for credit, the program, known as the Academic Learning Program, started in the 2007-2008 academic year with 80 students in 10 sections and has since expanded to 1,280 students with 160 sections. CCBC students whose placement tests indicated a need for remedial education classes and who were also placed in the combined remedial and English 101 are passing English 101. More are coming back to school to study and pass English 102.

As a testament to confidence in the new approach, CCBC’s new learning program has been cited as an example of best practices by the Community College Research Center at Teachers College at Columbia University in New York City. It is being embraced by more than 100 community colleges around the nation. Adams has become an in-demand ambassador for the program, traveling the country to talk with educators and governing boards about its possible value to them. The Kresge Foundation in Michigan has awarded the college $500,000 to help bring ALP to community colleges in Michigan.

“They’re getting a lot of pickup,” says Dr. Davis Jenkins, senior researcher at the CCRC. It has done several quantitative studies of the Baltimore program that verify its claims of retention, completion and cost-effectiveness.

The only downside, notes Jenkins, is CCBC’s finding in its own research that the ALP has been less beneficial for African-Americans, despite efforts to address that shortcoming.

While Adams and his CCBC colleagues wonder what took them so long to embrace the “co-requisite” idea, the new approach is being endorsed and repackaged in ways they never imagined.

In Florida, for example, some education reformers have cited CCBC’s success as sufficient grounds for eliminating most remedial class requirements and starting all entering students in English 101. Realistically, Adams and his colleagues say, some of the students need the extra nutrition of “developmental English” to help them get up to speed with the companion credit class. In Connecticut last year, there was a move to abolish remedial classes, with proponents arguing that having such classes meant taxpayers were paying for the same education twice.

In California, where ALP is cited by educators who are pushing for changes in developmental education, the process is slowed by the challenge of the state having a decentralized system of governance in higher education. Each of the state’s more than 100 community colleges has its own local board of governors that decides what happens at its respective school. Any changes that affect transfer of credits to one of the state’s four-year colleges must then complement the requirements of those institutions, contingent on the transferring student’s goals.

Still work to do

For students of color, the wait can be even more costly than for the general population, says Dr. Katie Hern, English instructor at Chabot College and leader of the three-year-old California Acceleration Project.

“We see the really disappointing data on how few students make it through,” says Hern, who co-chairs the California project with math teacher Myra Snell, an instructor at Los Medanos College.

Hern says Blacks and Latinos suffer most from colleges that place the students in layers and layers of remedial classes. While English presents its own issues, Hern cites math as the sorer thumb. More than half of the Blacks and Latinos who enter the state’s community colleges are placed in remedial math, she says. State data show that, if a student is placed three or more levels below college-level math at the start, only 6 percent complete enough remedial and required math course work in three years to enter a four-year college, explains Hern.

“We’re weeding many of them out at the front door,” says Hern. “Everybody can see we are losing students with these long pipelines.”

As Hern and her colleagues on the West Coast and Adams and his cohorts on the East Coast rally support for their efforts, the outcome of their work rests on the shoulders of CCBC students like Leon Taylor, a 43-year-old father of three, who is determined to earn his college degree.

“I have two daughters, 13 and 15, and a 7-year-old son,” says Taylor, whose father raised three sons on his own and went to college. “I want to [complete college] for myself, to set an example for my daughters and my son. Not going to college is not an option,” Taylor says he tells his children.

“I need to be an example,” he continues. “It’s not easy. It took me a while to figure it out.”

Taylor adds that the compressed time line definitely enhances the prospect that he will be able to reach his goal. “It was easier to take two classes and shorten the time.”