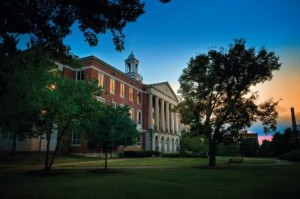 Tennessee State University has won part of a race and gender bias suit filed by a female African-American financial aid counselor who was passed over for promotion, but it still faces a Nov. 12 jury trial in federal court on her retaliation claim.

The case was brought by Zakia Smith, who was hired in 2008 and applied unsuccessfully for promotion to a position as coordinator of state and private funds. A selection committee ranked her first and recommended that she be hired, court documents say. However, TSU’s financial aid director selected a White man whom the committee had ranked second, saying he was better-suited for the job.

Smith’s lawyer, Brian Winfrey of Nashville, said the judge missed “our real argument that she had superior qualifications across the board,” including superior education and extensive financial aid experience.

The suit also claims Smith was later demoted to a lower-paying, less prestigious call center job and harassed in retaliation for filing an internal grievance and an EEOC discrimination complaint.

“We have direct evidence of retaliation,” Winfrey said. Smith “was demoted from a trained financial aid professional to a switchboard operator.”

U.S. District Judge Todd Campbell found no need for a trial on the question of whether TSU’s hiring decision was based on race or gender, ruling that Smith “has not shown that she was a plainly superior candidate such that no reasonable employer would have chosen” the male applicant instead.

However, Campbell did hold that Smith is entitled to a trial on whether the university improperly gave Smith lower job performance reviews, treated her with hostility, transferred her to a clerical position and cut her pay by about $5,000 a year in retaliation for her complaints. His decision quoted an alleged comment by Smith’s supervisor that “you file lawsuits against me and I’m supposed to be okay with that?”

The state attorney general’s communications director, Sharon Curtis-Flair, said her agency is reviewing the ruling. It represents the university in the litigation.

The ex-manager of the Affirmative Action/Equal Employment Opportunity Office of the School of Osteopathic Medicine at the University of Medicine & Dentistry of New Jersey has lost his race discrimination failure-to-hire and retaliation suit.
The Appellate Division of the New Jersey Superior Court upheld a lower-court judge’s decision in favor of the university in the suit by Aaron Sanders.

According to the decision, Sanders was hired for the managerial position in 2000. His duties included investigating discrimination and harassment complaints by employees and supervising all of the university’s AA/EEO offices.

The suit asserted that, in 2007, a former dean and a former associate vice president conspired to eliminate the AA/EEO offices and prevent Sanders from getting another university job. The action, the suit alleged, was retaliation for his participation in a federal probe of the ex-dean’s actions concerning a no-show employee. Sanders claimed he told investigators that the dean had been involved in discrimination and harassments complaints.

The university countered that it abolished its AA/EEO offices as part of a budget-driven reorganization of labor and personnel functions. Seven displaced employees found other positions with the university, but Sanders was unsuccessful in his applications for several campus jobs.

In its decision, the appeals court said Sanders failed to prove that he was qualified for the positions he sought and that the university continued to search for other candidates with the same qualifications or that the university hired someone equally or less qualified. “Even if he was minimally qualified, the successful applicants were more qualified, as they had experience and skills directly related to job responsibilities of the respective positions,” it said.

In addition, the court said that Sanders “presented no evidence that the university eliminated the AA/EEO offices for anything other than economic reasons.”

A tenured faculty member at the College of Charleston in South Carolina isn’t entitled to a second bite of the apple in her hostile work environment, discrimination and retaliation case, a federal judge has ruled.

Zimmerman, an assistant professor of biology, contends that the full professor who ran her lab and supervised her had “acted with hostility toward women and bullied, intimidated and attempted to harm” her, the decision said. She sued the college in state court for grossly negligent supervision and sued the other faculty member for defamation.

Two months later, Zimmerman went to federal court, accusing the college of creating a hostile work environment where her colleague screamed at her and talked down to her, and where she was required to use a dangerous storage room as a lab. It also alleged that the college retaliated by letting her colleague file internal grievances against her.

No good, Norton said, because those claims arose from the same transactions and events as the state court suit where she had a “full and fair opportunity” to pursue her claims.