When It Comes to Inclusion, Ohio State’s Lee All In - Higher Education

When It Comes to Inclusion, Ohio State’s Lee All In 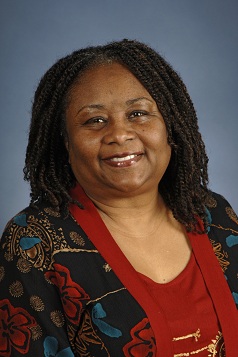 Dr. Valerie Lee say she has “always been interested in changing the rules of the game, and to do that, you need to be a senior administrator to be at the decision-making table.”

Dr. Valerie Lee is determined to make diversity a verb, not just a noun.

As chief diversity officer, vice provost for diversity and inclusion and vice president for outreach and engagement at Ohio State University, Lee manages one of the largest — if not the largest — diversity departments in all of higher education with more than 88 full-time staff members. As part of her commitment to total inclusion, Lee has a comprehensive strategy to move to a “one university model,” moving students, staff and faculty “from silos to solidarity.”

She recently championed to have her department, along with the university’s Black cultural center, moved into a historical building on campus, signaling that university officials are increasingly recognizing the importance of her work. Her goal is to develop the center into the world’s best cultural center, something she says “is really within our grasp.”

Before Lee became an advocate for equal opportunity at Ohio State, she was hit with her own share of adversity. Despite graduating at the top of her high school class, Lee was told that she could not serve as valedictorian because she was Black. After such an unfair experience, Lee decided she would pursue an undergraduate degree in mathematics because it was the “most fair” field she could think to pursue. It did not take long, however, for her love of African-American women’s literature and critical race theory and multicultural pedagogy to consume her. Instead, she switched to studying English education and eventually joined the English faculty at Denison University and, later, Ohio State.

But despite her love for teaching, she found herself drawn to administration.

“I have always been interested in changing the rules of the game, and to do that, you need to be a senior administrator to be at the decision-making table,” Lee says. “I wanted to be in that part of the academy that actually calls the shots.”

Her desire to “call the shots” was less about being “the boss” and more about her genuine passion for molding and shaping the next generation.

“I believe that, if you want to affect policy, you need to be in an administrative position to do it,” Lee says. “If I am a professor, I can affect one student at a time, change minds, one at a time. But as an administrator, I can actually write and implement policy that will affect hundreds, thousands of students.”

She continues, “You spend so much time with the paperwork, but the real joy is when I’m engaging with my students and my coworkers. I come alive when I’m really talking about plans for the next generation, even as I am working to bring this generation through.”

One of Lee’s personal goals is to increase the number of students from underrepresented communities who are working their way through the professoriat pipeline.

“Because I came up through faculty ranks, one of the things that has been really important to me is preparing more students from underrepresented groups for the professoriat,” she says.

Lee is working to start an academy for minority students looking to pursue professorship and is implementing a “dissertation boot camp” to complement these efforts, citing the large number of students who have finished the required course work but are stalled at the dissertation phase.

“I’m trying to intervene at so many places of a student’s career,” says Lee, adding that the work begins with students as young as pre-school, who can be indoctrinated with a love and appreciation for the academy, and continues through nurturing doctoral students to finish their dissertations.

“It’s going to take a lot of work, and it’s going to take work at a lot of different levels if we’re going to prepare underrepresented groups for a global society,” says Lee, adding, “What really thrills me is when I can do diversity in areas where people have not traditionally expected diversity to be at the core.”

Though she has been approached several times by other universities interested in recruiting her for presidential vacancies or deanships, Lee says she has no interest in leaving her professional home.

“I’ve been tempted, [but] I don’t have a reason to leave,” Lee says. “The opportunities [at Ohio State] are expansive [and the university] is large enough to accommodate any one of a number of my dreams. … I’ve been able to be as creative as I want to be.