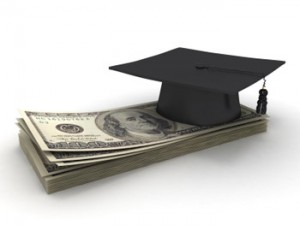 There aren’t many people who will dispute the value of a college education. College graduates tend to have higher levels of job satisfaction and quality of life. The cost of those efforts is steep for the individual though ― to the tune of $35,200 college debt on average for 2013 graduates. In the previous installment, I looked at the statistics associated with the cost and payoff of a college education and also some federal efforts to make those payments more affordable once a degree is earned.

Now, let’s look at some specific ideas that aim to bring down the initial cost of a college education and to help students avoid thousands in interest over time.

In early February, U.S. Senator Marco Rubio spoke about his own efforts in his home state of Florida, and perhaps on a federal level, to make college attendance a shared cost. Rubio is no stranger to college debt. When he arrived at the U.S. Senate, he still had $100,000 in outstanding student loans. Rubio has been upfront about his modest upbringing and also the power his education gave him, but he has acknowledged that the cost is too high. The basics of his college plan would allow private investors to pay for the tuition of college students in exchange for a portion of their earnings later on. This would mean the students acquired no traditional debt and would not start out their careers in the hole ― at least not in a typical way.

While I like the out-of-the-box thinking of this plan, it raises more questions than answers. At least when a student takes out a federally-backed loan or even a private one that meets federal regulations, there is some protection for the student. I worry that allowing too many private investors in on the college-lending game could mean more financial pressure on the borrowers. And what happens if a student finds him or herself unemployed for a long period of time? Or unable to work due to injury? These are all issues that would certainly be addressed before legislation was drafted and approved, but there are already some red flags that pop up in this hands-off government approach to college debt reform.

Another college payment idea that is arising across the country is a state-run repayment program that is similar to Rubio’s private investor program. Already in Oregon the Pay It Forward program has been approved (though not yet enacted) that will give students their public college education upfront, free of cost, in exchange for paying the state a portion of their earnings post-college. Supporters bill it as a “debt-free” alternative to a college education, but like Rubio’s plan there is still money owed at the end of the college term that does impact actual earnings. It will be interesting to keep an eye on Oregon in the coming years to see how the program impacts the first groups of students who take advantage of it.

What if a public college education was completely free, though? That’s the approach Tennessee Governor Bill Haslam wants to take when it comes to the state’s community colleges. At his State of the State address, he called for free tuition at Tennessee’s community colleges in order to improve the state’s reputation as one of the least educated. Haslam proposed that the money to pay for it come from the state’s lottery earnings that would be placed in a $300 million endowment fund. While a short-term solution, I’m not sure that this is a sustainable payment plan. But if even one class of students in the state are able to take advantage of it, that may make a huge positive impact on Tennessee’s long-term economic outlook.

Paying something for a college education is reasonable, I think, but the current setup puts an undue burden on the nation’s young people and, as a result, the entire economy suffers.

What creative cost and repayment options for a college education would you like to see implemented?

Dr. Matthew Lynch is a department chair and an associate professor of education at Langston University.