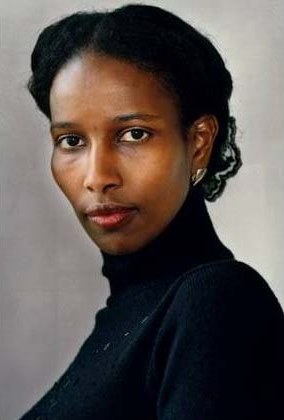 Brandeis University withdrew its offer of an honorary degree to Muslim women’s advocate Ayaan Hirsi Ali, who has made comments critical of Islam.

Forget about their students not making it to graduation. Now colleges have to wonder whether their speakers will.

From former Secretary of State Condoleezza Rice to the head of the International Monetary Fund and the ex-chancellor of the University of California, Berkeley, the list of commencement speakers backing out following student and faculty protests continues to grow.

Former UC Berkeley Chancellor Robert Birgeneau, a champion of students in the country illegally, had been scheduled to speak at Haverford College’s ceremony in the suburbs of Philadelphia, but was opposed over the use of force by university police during the Occupy movement. He backed out of the speech on Monday.

Brandeis University, meanwhile, withdrew its offer of an honorary degree to Ayaan Hirsi Ali, a Muslim women’s advocate who has made comments critical of Islam.

“We refer to it as disinvitation season,” said Robert Shibley, senior vice president at the Foundation for Individual Rights in Education, who sees the move toward getting ― or trying to get ― controversial speakers kicked off programs intensifying.

Even first lady Michelle Obama stayed away from a high school graduation in Topeka, Kansas, after a petition begun by parents and students worried about having enough seats for family.

“The students absolutely have the right to protest decisions,” Shibley said, “but given how often this happens, you start to worry that this is going to make it very difficult to ever invite anyone who’s even the slightest bit controversial to speak on a college campus.”

North Central College President Emeritus Harold Wilde, who booked more than 20 commencement speakers while at the helm of the Illinois college through 2012, said that his decisions weren’t necessarily driven by a fear of protests, but he felt the pressure of competing expectations from students, parents, faculty, alumni and trustees.

“Of concern to me in a way is that no one who is interesting is going to be perfect,” Wilde said.

At Rutgers, Rice was opposed over her role in the Iraq War while she served in the administration of President George W. Bush. At Smith, many of those who opposed Lagarde said they were attacking the IMF for being “a corrupt system” that fuels the oppression of women.

Nearly 500 people signed an online petition objecting to the IMF. William Ward, social media professor at the Newhouse School of Public Communication at Syracuse University, said negativity tends to become amplified online, but that universities act when it begins to jeopardize the event.

HBCUs Have A Responsibility To LGBT (Lesbian, Gay, Bisexual, and Transgender) Students