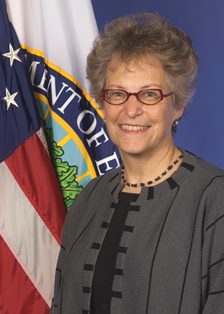 U.S. Deputy Undersecretary of Education Jamienne Studley said there may not be enough students and families using the new rating system to incentivize universities to improve on certain key measures, such as graduation rates.

NASHVILLE, Tenn. — Even though a federally planned college rating system is supposed to help students and families make more informed decisions, there could still be a need to tie federal aid to the ratings system in order to spur institutional improvement.

That’s what U.S. Deputy Under Secretary of Education Jamienne Studley deduced Tuesday during a Q&A that followed an update she gave on the status of the proposed rating system.

“I think you could probably model some scenario of a perfect economic market where families and students made terrifically well-informed choices and totally transformed the university by voting with their feet,” Studley said Tuesday at Vanderbilt University, where she was speaking to a group of higher education reporters attending the annual national seminar of the Education Writers Association.

“And if in that market weak schools fell by the wayside, maybe that would be the end of it,” Studley said.

But because “it’s not a perfect economic market,” Studely said, not enough students and families may use the new rating system to incentivize universities to improve on certain key measures, such as graduation rates.

“We may not want to wait for consumer behavior to do it on the theory that we might get there,” Studley said in response to a question that Diverse raised about the rating system.

A draft of the planned rating system is expected to be released “in a couple of months,” Studley said. After that, she said, stakeholders will have “a reasonable amount of time to look at it.”

The system should be operational in time for the 2015-16 school year, she said.

Studley said the long-term vision is to ask Congress to tie federal aid to the system in 2018 once it has been functional for several years—although by 2018 a new administration will be in place. The system will not rank colleges, however.

Studley said a major purpose of the new rating system is to make sure the federal government as a “consumer” gets a good return on its investment of approximately $150 billion annually in higher education.

Asked what portion of that $150 billion should be tied to the planned rating system, Studley said she hadn’t reached the point where she could even proffer a suggestion in that regard.

“I don’t know,” Studley said. “There are even different ideas about what part of student aid it might influence.”

The proposed rating system is just one of several efforts the Obama administration plans to pursue to bring more “accountability” to various spheres of education.

Other initiatives include two that fizzled the first time around.

Another involves a redoubled effort to identify strong and weak teacher education programs.

The proposed college ratings system is different in that it is not subject to federal rule-making procedures, although Studely said the process for establishing the system will closely follow the same process as if it were.

Daniel T. Madzelan, a former acting assistant secretary for postsecondary education at the U.S. Department of Education under the Obama administration who now serves as Associate Vice President for Government Relations at the American Council on Education, said colleges and universities have concerns about the impact of the planned rating system.

Among other things, Madzelan asked what the new system could provide by way of information that is not already available in various federally maintained databases, such as College Navigator and IPEDS and other databases spawned by such efforts to shine more light on the performance of institutions of higher learning.

“What more is there that can be done with the data that are on hand?” Madzelan asked.

Madzelan said the crucial questions involve time and money. That is, how long will it take to get through school and how much will it cost?

“From a consumer standpoint, that’s where the focus ought to be,” Madzelan said.

Studley said there are talks about going much deeper than that, though. Among other things, she said, the system may take into account how much graduates earn 10 years down the line.

But there are still limitations with how far the earnings information may go.

For instance, a reporter asked if the system would be “granular” enough to drill down to the program level so that a prospective student who wanted to become, say, a dental hygienist could comparison shop between different colleges’ dental hygienist programs.

Studley said the ratings system as envisaged would only go to the institutional level but not down to the program level.

Study Abroad Participation Up, Except Among Minority Students

For Medina, Being Administrator Makes a Difference