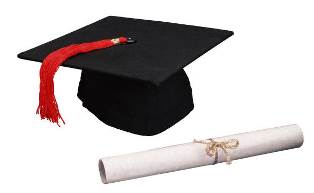 An estimated 4 million Americans have completed at least two years of college and they represent a promising pool of potential students with whom colleges and universities could reconnect to offer degree completion programs, says a new national report.

In “Some College, No Degree: A National View of Students with Some College Enrollment, but No Completion,” researchers affiliated with the National Student Clearinghouse Research Center provide a national breakdown of the experience of more than 31 million people who attended college in the past two decades but left school without a degree. The report documents what types of colleges the former students attended; how long a period since former students last enrolled; how many institutions students attended; and how much college they actually completed.

Roughly one-third, or 10 million, left college after enrolling for only one term, according to the report. Among the remaining 21 million former students who attended college for more than a term, approximately 17.5 million failed to move beyond two years of academic progress. The remaining 4 million either reached or moved past the two-year mark.

Deemed “the most relevant to policy discussions centered on the completion agenda,” the 4 million former students who have two or more years of college experience are identified in the report as “potential completers.”

“In general, the most common type of potential completer is age 24-29 and has been out of the postsecondary education system for two to six years, as of December 2013,” the report says.

“We’ve always known there are a lot of people who start college and don’t finish. We’re trying to get a better handle on who’s in that population and really see to what extent this population can become a resource, as opposed to an issue,” Dr. Doug Shapiro, executive research director of the National Student Clearinghouse, told U.S. News and World Report.

The new report notes that “one of the most important findings is the near equal proportions of potential completers who have enrollment histories in two- or four-year institutions exclusively or both.” The data implies that policymakers should make sure that both two-year and four-year institutions are supported in efforts to recruit students who are familiar with their type of institution, the report says.

Dr. Jennifer Engle, vice president for policy research at the Washington-based Institute for Higher Education Policy, said the report breaks new ground for research that focuses on the “some college, no degree” population. Considered a major advocate of research and higher education programs targeting college dropouts for degree completion, IHEP coordinated the Project Win-Win initiative over three years that enabled several thousand former students to either return to college for a degree or to redeem their college credit for associate’s degrees.

“I think first and foremost [the report] gives a sense of the national scale of the potential completers that they’ve identified,” she said, noting that, with “[Project} Win-Win, {IHEP] worked with 61 institutions and identified quite a number of students across the country that fit this category of potential completers.”

Undertaken in 2010, Project Win-Win focused on helping community colleges and four-year public institutions identify former students whose academic records qualified them for an associate’s degree and on awarding those degrees retroactively. In addition, the participating schools identified former students who had fallen a few credits short of a two-year degree and sought to re-enroll them so that they could earn their degree.

“Speaking from the experience of ‘Win-Win,’ what we saw was an effort to re-engage students who were in this potential completer camp and certainly there’s a case to be made for bringing back students to have a semester or two of experience, but in particular focusing on those potential completers because they’ve already got some academic momentum,” Engle said.

Engle said that the challenge moving forward is “really using [the report] information and getting it to the institutions, and/or the states, because they can then run degree audits on these potential completers to see how far they need to go” to get them completing degree programs. “That’s really what the work of Win-Win was after identifying the population,” Engle said.

Immigration Status Serves as Barrier for Some Students