Ferguson Situation Comes Down to Matter of Dignity - Higher Education

Ferguson Situation Comes Down to Matter of Dignity 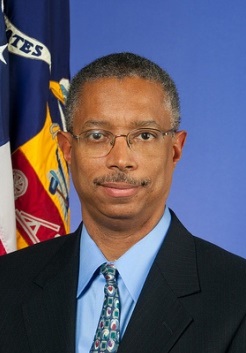 On Aug. 9, police in Ferguson, Mo., shot Michael Brown to death, an unarmed Black teenager. The closed way in which the police responded to requests for information on the shooting and their aggressive actions against peaceful protestors in the aftermath of the shooting have opened yet another sore spot in a nation that is splintering from all levels of gross inequality. The fissures ripping at the nation come from race and class, as we struggle to regain our economic footing; the simple ability of Americans to hold a job, feed, shelter, cloth and provide for the health of their families. It boils down to the simple word: Dignity.


A problem with America is the paradox that it can be a nation with high compassion, but also a nation with no empathy. Central American children fleeing violence and in desperation making a long and dangerous journey to the land they think is full of milk and honey, with streets lined with gold, are greeted by angry mobs as their buses take them to detention centers. Cuban children who drifted across the Florida Straits, on the other hand, were once greeted with open arms. African-American children facing gang violence in their neighborhoods, like Chicago, elicit a litany of epithets accusing them of different pathological maladies. And, as in the case of Ferguson, a criminalization that can end in being the victim of police violence.

The interpretation people are giving to the incident in Ferguson highlights the racial inequality in our nation, and the disappearance of empathy once the real race card is played. The police chief of Ferguson, Thomas Jackson, fueled that divide by releasing a prejudicial video of Brown having a confrontation with a convenience store clerk over $42 worth of cigars. We hope we live in a land in which every suspected petty thief is not summarily shot—or at least we have sent thousands of our troops to protect Afghanistan from fanatical Taliban fighters who think shooting unarmed suspects is justice. Yet, Jackson reveals his clear prejudice in reviewing this tragedy by equating petty theft with shooting unarmed people, if the thief is a Black man.

Fortunately, Missouri Gov. Jay Nixon realized how badly Jackson was handling the situation and sent in the Missouri State Troopers to retain order in Ferguson. The Missouri State Trooper that Nixon placed in charge was Captain Ron Johnson, who also happens to be African-American. The stark difference to Johnson maintaining peace and allowing for citizens to exercise their constitutional rights to voice their concerns, and Jackson’s ineffective tactics to intimidate peaceful demonstrators and further flame the conflict show both the importance of diversity in leadership and, more important, that, in this case, the poorer performance was by the White police chief.

Johnson’s professionalism and success in handling a very tense situation could help to turn the event into a moment when empathy could re-enter the conversation about Brown’s death. The juxtaposition of a highly competent African-American law officer and Brown’s tragedy might get some people to think about Brown as a human and wonder about our sense of justice in a color-blind way. It could make the whole of the country say, this isn’t about race, this is about justice, trials-by-jury and a nation of laws; not lynching.

But, this is also about dignity. When the Bureau of Labor Statistics released the employment situation for July on August 1, it reported that, for out-of-school youth (those under 24), the unemployment rate for Whites was 12.4 percent while it was 27.4 percent for African-Americans. The unemployment rate for White high school dropouts in that group was 20.8 percent, a figure lower than Blacks as a whole, and almost equal to the unemployment rate for African-American college graduates in that group of 20.4 percent. But, really, is there little wonder at such a disparity when the death of Brown, a recent high school graduate due to start college this month, elicits such painful indifference from so many? And, when a police chief clearly sees the race of the victim more than the circumstances of the situation? If Brown’s family lacks our empathy, and in his death the dignity for us to deeply question the Ferguson Police, how do we imagine there is an equal playing field when someone just asks for a job so they can feed their family and clothe their children? Really?

Dr. William E. Spriggs is a professor in the Department of Economics at Howard University.

From Kobe Bryant to Campus Rape