Report: ‘Nothing New’ About Tensions Between Black Youth, Police 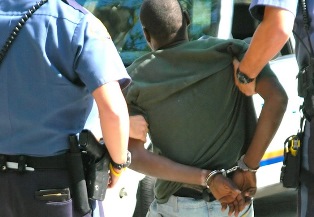 Only 44.2 percent of young Blacks indicate they trusted the police in their communities. (Photo courtesy of the Black Youth Project)

With Americans reeling from the unrest stirred by the recent shooting death of Michael Brown in Ferguson, Mo., a report released by the University of Chicago’s Black Youth Project finds that tensions between African-American young adults and law enforcement are a national problem and have been around for years.

The Black Youth Project (BYP), which is a program of the university’s Center for the Study of Race, Politics and Culture, released its “The Policing of Black Communities and Young People of Color” report late last week. The release has coincided with national polls that have documented racially-divergent attitudes Americans overall have about local police emerging in the wake of the August 9 shooting of Brown.

In contrast, the BYP report combines youth survey data from 2009 and 2014, which brings to light the racial tension generated by the deaths of unarmed young Black males in recent years. “It is important, however, to note that the tension between police forces and Black communities is nothing new, nor is it confined to Ferguson, Missouri. Instead, the Michael Brown tragedy and those like it are indicators of systemic injustices that have resulted in long-standing tensions between law enforcement and the Black community,” the report states.

Dr. Cathy J. Cohen, the David and Mary Winton Green Professor of Political Science at the University of Chicago and co-author of the BYP report, said with the unrest sparked by the Brown shooting it became a project priority to highlight research that describes how young adults have been thinking about their perceptions of and their relationships with local police. Cohen, the founder and principal investigator of the Black Youth Project, noted that one of the project’s goals is to provide a platform for Black teens and young adults to have their views acknowledged and publicly aired.

“It was really important for us to focus in on young people and use the data that we have to tell a story, one about their distrust of police, their distrust of the legal system, and their experience with police harassment,” Cohen told Diverse Thursday while attending the annual meeting of the American Political Science Association in Washington.

“One of the things we tried to challenge is the idea that part of what we’re seeing on the part of young Black people in terms of their articulated distrust of the police is … that it’s in reaction to the killing of Michael Brown, [and] that now young people are saying they distrust the police,” she said.

“We wanted to show that, prior to what might be considered sensational cases of young unarmed Black men being killed, there’s been a long-term trend in Black communities” with young Blacks lacking trust in the police, Cohen explained.

BYP report co-author Jon Rogowski noted that inclusion of Whites, Latinos, and Asian Americans in the report provided the perspective “that young people nationwide view the legal system quite differently across racial groups.”

“Although equal protection under the law is a key component of political equality and human rights, many young people of color do not believe that the legal system treats all groups fairly,” Rogowski, an assistant professor of political science at Washington University, said in a statement.

BYP report data came from the 2009 Mobilization and Change survey, which included 3,202 participants, and the 2014 Black Youth Project study, which surveyed 1,527 young adults between the ages of 18 and 29. Cohen says data for both projects were gathered by the GfK Knowledge Networks organization.

In the Name of Diversity