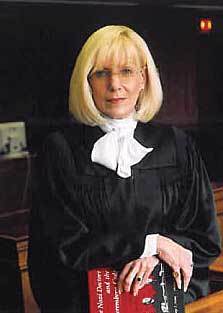 A federal judge in Ohio has rejected a race, gender and sexual orientation discrimination suit by a lesbian African-American instructor whose tenure-track appointment was not renewed at Cincinnati State Technical and Community College.

U.S. District Judge Sandra Beckwith ruled that Alicia Revely failed to offer sufficient evidence to proceed with any of her employment bias claims.

Revely was a tenure-track marketing and management instructor until the college decided against renewing her contract following the fifth year of its six-year tenure process. The college cited her “deficient performance” of out-of-class responsibilities such as student advising, attendance at staff meetings, and participation in student and faculty activities, the decision said.

The college replaced her with another African-American woman.

Nor did statistical evidence support the claims, Beckwith held, noting, for example, that the college has more tenured women than men. And although one other Black instructor was denied a contract renewal, the only other instructor who was turned down for renewal was a White woman.

“No reasonable juror could infer discriminatory animus against women or African-Americans from this data,” Beckwith said.

As for the argument that the college didn’t renew the contract because Revely “did not conform to a stereotypical female gender role,” Beckwith said there was no showing that anyone at the college “ever commented unfavorably about her style of dress or believed that her appearance and demeanor were too masculine or insufficiently feminine.”

Northwestern University did not commit religious discrimination when it terminated its affiliation with a Jewish student off-campus organization, the 7th Circuit U.S. Court of Appeals has held.

The three-member panel appeals unanimously refused to reinstate a suit by Lubavitch-Chabad of Illinois and the adult in charge of its Tannenbaum Chabad House, Rabbi Dov Klein. The organization is part of a branch of Hasidic Judaism with “Chabad emissaries” on many campuses.

The university broke with Chabad House after years of complaints about alcohol being served to students under 21 and about students and Klein getting drunk. One complaint came from another rabbi who was a Chabad critic and whose son was a Northwestern alumnus, it said.

The court noted that the university has many Jewish students, faculty and administrators, including the president, and rejected Klein’s argument that Northwestern acted from hostility to the Chabad sect.

In a decision by Judge Richard Posner, the court said, “Were Klein more responsible concerning underage and excessive drinking by the kids who frequent the Chabad House, the university would have maintained its affiliation.

“He had gotten away for more than a quarter of a century with an irresponsible attitude toward excessive underage drinking that went on under his nose in the Chabad House, and seems to have thought he could continue to do so, with impunity, indefinitely,” Posner wrote.