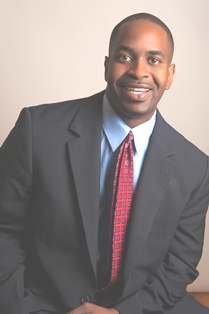 Dr. Robert T. Palmer “didn’t even think college was a goal” at one point in his life.

Thinking back to his childhood, Dr. Robert T. Palmer, a Diverse 2015 Emerging Scholar, describes his upbringing as turbulent and “dysfunctional.” Raised by his grandmother, Palmer didn’t have a close relationship with either of his parents.

As a youngster, he o­ften missed school, was socially promoted to the fourth grade and was even placed in special education for about six months in fifth grade “until the school realized I was too smart,” he says.

Still, his rocky home life impacted his schooling and Palmer quickly became insecure about his ability to excel. As he was finishing high school, the possibility of attending college seemed even more remote.

“I didn’t even think college was a goal,” says Palmer, 36. “I didn’t think I was academically prepared to go to college. I thought I needed to work on my academic skill set.”

By chance, he learned about the ACT 101 Program at Shippensburg University—a state-funded initiative—and enrolled in a remedial summer program for incoming freshmen.

“At the time, it seemed like hell because it was over the summer for five weeks,” Palmer recalls. “But it gave me the confidence and efficacy to realize that I had the skills to be successful.”

Palmer majored in history education, with the goal of becoming a high school teacher. But he quickly became a fierce critic of academic tracking while student teaching during his senior year of college. Palmer became interested in Black male success, in particular, because of his own experience in the K-12 system as a Black male.

“I realized that I still wanted to make a difference in terms of helping Black males succeed and, I thought, if I’m not teaching maybe I can do research,” he says.

Palmer enrolled in a master’s program in counseling at West Chester University of Pennsylvania, but by then he had already developed an interest in historically Black colleges and universities (HBCUs).

“I had this tremendous appetite to learn,” he says, adding that during his free time he would devour research publications and journals. It was then that he began to think seriously about pursuing a career as a professor and researcher.

When it was time to choose a doctoral program—after working for a year as a caseworker for a Philadelphia-based nonprofit called Blacks Educating Blacks About Sexual Health Issues—he knew that he wanted to attend an HBCU.

“One of the reasons why I decided to pursue a Ph.D. at (an) HBCU was that I felt that many of my professors at the PWIs (predominantly White schools) stereotyped me,” he says. “They did not think that I was there to learn and, after a while, that took a psychological toll.”

Palmer enrolled in a Ph.D. program in higher education administration at Morgan State University and wrote a qualitative dissertation that examined success and graduation rates for Black males at HBCUs.

“Not enough people are doing research on Black people in general and Black males in specific,” says Palmer, who has since carved a niche writing about the experiences of Black males at HBCUs. “For me, it’s my core focus and I believe I am making a meaningful contribution to the literature.”

Now, as an associate professor of student affairs at Binghamton University, Palmer has become an expert on the subject, pumping out articles and writing and editing publications with prominent thinkers in the field of education.

“I greatly admire Robert because he is down to earth, cares about the work, and focuses on students and students’ lives at HBCUs,” says Dr. Marybeth Gasman, a professor of higher education at the Graduate School of Education at the University of Pennsylvania. “His work tells us much about the day-to-day experiences of African-American students, their peer relationships, their relationships with faculty, their backgrounds and their reasons for success.

“Far too few researchers doing work related to HBCUs take the deep dive into students’ lives that Robert does. I am grateful for all that he does and for having the opportunity to mentor him for many years.”

Though he just earned tenure, Palmer says that he’s aggressively putting in the work to secure a full professorship in the future, even as he broadens his ambitious research agenda. “I started off doing Black men and will always do Black men,” he says matter-of-factly. “But I have to grow my agenda. If you stay on the same topic you can get stagnant as a researcher.”

The Weary Need Not Apply