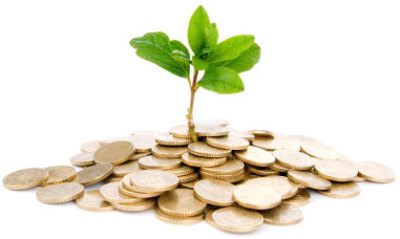 Nearly $2.9 billion in free federal grant money went unclaimed because students did not complete the Free Application for Federal Student Aid, also known as the FAFSA.

The findings were revealed in a report released by NerdScholar, an advocacy organization that counsels students and their parents about their options for financing college.

Gianna Sen-Gupta, an analyst with the group’s higher education division, said that, in 2013, nearly 47 percent of high school graduates didn’t even bother to complete FAFSA, which is the “required first step that could’ve earned them Pell Grant money, which, unlike student loans, does not need to be paid back.”

Sen-Gupta said that, in many instances, students simply believed that college was unaffordable and decided on that reason alone to forgo attending. In that pool of students many were first-generation minority students.

“Minority students who also come from low-income families but are not applying for financial aid are exactly the types of students any unused Pell Grant money could benefit,” said Sen-Gupta. “These are the students we’re encouraging to apply for financial aid by completing the FAFSA as soon as possible.”

As the season for FAFSA completion is well underway, NerdScholar has been busy educating parents and students about the advantages of applying for financial assistance.

Sen-Gupta said that many students falsely believe that they can qualify for a Pell Grant only if their parents are poor. Not true, she said, adding that many middle-class families may also qualify for the grant but not realize it.

In the wake of dismal FAFSA completion rates over the past few years, the Obama administration has announced new efforts to encourage more high school students to complete the form. Last year, the Department of Education pledged to partner with states to help identify individual students and school districts where students had not completed the form.

According to the NerdScholar study, Utah currently has the largest percentage (40 percent) of Pell-eligible high school seniors who didn’t complete a FAFSA. And more than 100,000 seniors in California—about the entire population of high school graduates in New Jersey—could have qualified for Pell Grants if they had bothered to file their FAFSA application.

Critics have long complained that the FAFSA is too cumbersome to complete, especially for students who are the first in their families to attend college.

She said that efforts are already underway to make the FAFSA form more user-friendly and accessible to the masses but added that lawmakers should proceed carefully.

“In my opinion there is room to streamline the application, especially in a way that makes the form easier for students to understand,” she said. “However, there is proposed legislation to shorten the form to 2 questions already, which, if passed, could actually oversimplify the form and hurt student chances of getting the correct amount of aid.”