When Drake University officials launched a national search last year for its next president, they assembled two committees, as called for under the school charter. One group consisted of faculty, staff, alumni and students; the other had governing board trustees.

“Both committees were supposed to work parallel to each other,” recalled David Miles, a Drake trustee and chairman of the second committee. “But early on, there was jealousy and protectiveness over precisely what the two groups’ roles were, to make sure those were guarded and did not overlap. But not even midway through the process, everyone was working together, and a lot of the reticence and concern broke down.”

Miles said that the faculty, who grew increasingly comfortable working with trustees as the presidential search evolved, have since talked enthusiastically about the process’s shared leadership. 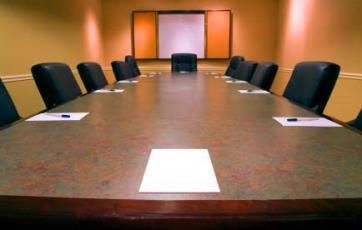 Miles voiced his observations during a webinar organized recently by the Washington, D.C.-based Association of Governing Boards of Universities and Colleges (AGB).

The webinar consisted of a panel discussion among educators about seven recommendations in an AGB-commissioned report titled “Consequential Boards: Adding Value Where it Matters Most.” Issued by an AGB task force, the recommendations focus on how U.S. higher education governing boards can improve their effectiveness and how a university’s stakeholders can better initiate and strengthen their relationships with board members. During the webinar, Miles’ anecdote about the Drake presidential search was one of his examples of strategic engagement between faculty and a governing board.

Among its recommendations, the “Consequential Boards” report stated that boards should try to ensure the long-term sustainability of their institutions by addressing changed public finances and delivering education at lower costs. A second recommendation calls for boards to focus more on their role as institutional fiduciaries.

To that end came remarks from another AGB webinar participant: Dr. Timothy White, chancellor of the 23-campus California State University, the nation’s largest, four-year, public system. White shared examples of how members of his senior administration team have worked to educate Cal State trustees, 20 of whom are appointed to staggered terms by the state’s governor.

Whenever a new trustee joins the 25-member Cal State board, senior administrators try to familiarize each of them with the academic, legal, business, and audit-related aspects, White said. The process is complicated by the diversity in the types of campuses—some have existed for about a century, for instance, while others are only a few decades old.

“It takes a while to get your arms around the place,” White said, referring to the system of 440,000 students and 45,000 employees. “The trustees don’t have the clairvoyance to (automatically) know that our policies and procedures have to reflect the diversity of the system, that one size cannot fit all campuses.”

He and his executive team make a habit of encouraging the trustees to visit as many campuses as possible.

“They cannot make it to all 23,” he said, “but if they can visit four or five in the region where they live, they can talk to students and faculty to learn what they’re trying to accomplish. There has to be a clear commitment to building a strong set of relationships. These relationships trump just about everything else because, without concerted, purposeful efforts to create relationships, it’s harder for them to communicate with students and faculty, aside from arguments.”

More than one-third of Cal State students are first-generation college-goers. The system produces more than half of the state’s Latino, African-American and Native American bachelor degree holders.

He sees opportunities in an injection of new blood into his board. Five new trustees have joined since 2012, and California’s governor is poised to appoint another four to fill vacancies. White plans to organize a retreat later this year for all trustees, campus presidents and members of his executive team. “This goes back to building relationships.”

Neither White nor Miles were among the AGB task force members who produced the “Consequential Boards” report, but, during the webinar, both agreed with the gist of the seven recommendations.

When asked whether there exists a 21st-century governance model that can take U.S. higher education to another level, White reiterated that “relationships matter” among all stakeholders.

“We have to view our faculty, staff, trustees and campus and system leaders as assets, not as problems to work around,” he said. “The more good minds, the better to solve complex headwinds.”

A third recommendation from the report calls for governing boards to trim time spent reviewing seemingly routine reports and instead focus on cross-cutting and strategic issues not addressed elsewhere. For example, boards should pay more attention to, and have greater oversight of, auxiliary and affiliated organizations. Such entities are growing in number and complexity but often are not subject to review by an institution’s president or governing board. Because these organizations typically use a university’s name, they pose distinct reputational and financial risk.

“Some of the biggest failures of higher education governance in the last several years have come from inadequate board attention to (charitable) foundations organized for intercollegiate athletics—a classic example of an affiliated organization,” the report stated.

Miles, the Drake trustee, said during the webinar that he was particularly “intrigued at the thought of restructuring board committees along cross-functional lines.”

But Cal State Chancellor White cautioned that his peers shouldn’t completely do away with the presentation of routine reports at board meetings.

For instance, Cal State’s chief financial officer made a presentation about bulk purchasing at a recent board meeting, rather than simply rely on the trustees to read the write-up on their own. The CFO explained how Cal State has saved millions of dollars by partnering with the University of California and the California Community Colleges system for items involving technology.

“Rather than give reports just listing our problems, we point out that we’re taking cost-effective routes and sharing as many business processes as possible,” White said. “By connecting the dots this way, it’s then easier to make the (financial) case for resources we need, whether it’s for more advisers on campuses or more summer bridge programs for students. Sometimes problems just don’t seem obvious until you make the case, so it requires orchestration in how you run your board meetings.”

Other recommendations from the report are:

· Governing boards should improve their functionality by paying more attention to the qualifications and recruitment of members, board orientation, committee composition and removal of members for cause.

· Boards should hold themselves accountable by modeling the same behaviors and performance they expect from campus constituents.

· Boards should improve value in their institutions and lead a restoration of public trust in higher education as a whole.

2008 Budget: A Mix of Winners and Losers