With scholar Dr. Corey D.B. Walker at the helm, Wake Forest University will offer both a major and minor in African American Studies. 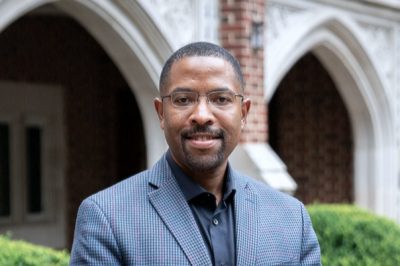 Walker, professor of the humanities, said the gift sets a trajectory to build a distinctive program.

Walker, who previously served as dean of Winston-Salem State University’s College of the Arts, Sciences, Business and Education and has held other high profile positions in the academy, officially joined the university last year. He had served as an external consultant on the university’s Slavery, Race and Memory Project.

“African American Studies as a discipline goes to the very heart of how we understand what it means to be human in the world and enables us to develop new and diverse resources to respond to the most deeply explorative and critical questions about the human experience,” said Walker, a former chair of the Africana Studies department at Brown University.

“As a university that’s committed to the liberal arts and a university whose motto is ‘pro humanitate (for humanity),’ African American Studies thus stands at the very center of our institutional mission, our educational mission and the vision of creating students who can navigate and negotiate the very variety and density of human experiences and intellectual tradition both past and present,” he added.

Walker said what will distinguish Wake Forest’s program is its location in Winston-Salem, NC, a city rich in arts and culture. The arts generate new knowledge, language and concepts, said Walker, adding that the traditions of the U.S. South will also have an impact. 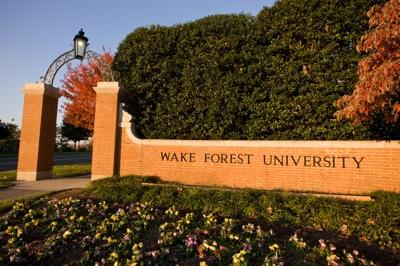 “We’re going to focus on how those knowledges, traditions and cultures of the U.S. South provide a unique lens for understanding and really reconceptualizing the human condition both in the U.S., throughout the Americas and the world,” he said.

Walker said his ambitious vision includes generating scholarship that is transformative toward a more humane and just society and engages both the campus and the community.

“African American Studies has enabled and propelled new interdisciplinary methods and theories that have contributed to enhancing and extending the intellectual vision of disciplines throughout the academy,” said Walker.

A 21-member faculty planning committee spanning numerous schools in the university is working on curriculum development. They have already developed an undergraduate major and minor, which will launch on July 1, 2021, and there are plans for a graduate certificate program for the following academic year that will be available in multiple graduate programs, including business, law and divinity.

Walker said faculty across Wake Forest will comprise the program’s faculty, and efforts are already underway to establish a five-year hiring plan.

The courses Walker anticipates will come from three areas of focus: arts, aesthetics and expressive cultures; politics, society and ethics with the idea of looking at the institutional shape and fabric of societies and how that impacts fundamental questions about human organization; and history, culture and theory, where intellectual traditions of Africans and people of African descent will be explored. This will include Black feminist study, Africana philosophy and theories and ideas informing global Black political movements.

There will be a capstone course for all majors, in which they will develop creative projects and produce substantive, original pieces of work that may take multiple forms, such as a paper, a performance or another artistic form.

Dr. David A. Canton, director of the African American Studies Program at the University of Florida, said he is pleased to see another program enter the academy.

“As directors, we all want to collaborate and communicate ideas about the discipline and grow it,” said Canton, who is in the process of transitioning African American Studies at Florida into a department with its own tenure lines. “We want to make sure that their faculty is engaged with our faculty, they’re engaged with the National Council of Black Studies and they’re training their students and hopefully will become a graduate program.”

Added Canton: “It’s all about collaboration and sharing information and best practices,” said Canton. “We have different universities, but we’re all committed to the mission and values. We can work together and move forward in what’s best for our students and faculty.”

The plan is to foster new research by students. Walker said Wake Forest has several initiatives that will provide funding for summer research projects. There is the Center for Research, Engagement and Collaboration in African American Life (launched fall 2020), headed by Dr. Derek S. Hicks, associate professor of religion and culture, that will build undergraduate research opportunities.

Walker is teaching The Black Radical Tradition. He said the student response to the class has been tremendous and indicative of the excitement about the program’s launch.

“It’s their excitement as well as the excitement of my colleagues that really bodes well for African American Studies at Wake Forest,” said Walker.