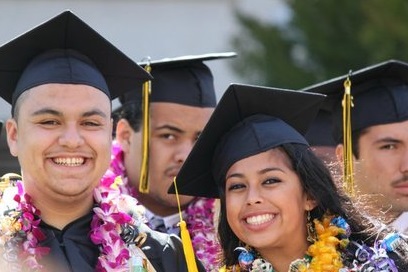 Broken practices and unproductive policies at California public colleges and universities pose serious enough barriers to Latinos such that the lack of Latino student success potentially jeopardizes the state’s future economy, says a new report from the Campaign for College Opportunity organization.

In “The State of Higher Education in California — Latino Report,” the report’s authors explore how California’s 15 million Latinos, the state’s largest racial/ethnic population bloc, are performing in the public college and university systems. Since 2005, the California-based advocacy and research organization has published higher education and workforce studies, including higher education status reports on Latinos and African-Americans.

The report cites a dysfunctional college remedial education system, admissions policies that ban the consideration of race/ethnicity, state disinvestment in higher education and the absence of a statewide plan for higher education as key factors contributing to low college degree attainment rates by Latinos.

“When one in two children under the age of 18 in California is Latino, one conclusion is clear: the future of our economy and the state will rise or fall on the educational success of Latinos. To secure the economic future of California we need to significantly increase the number of Latino students who are prepared for enroll in and graduate from college,” the report states.

With California facing a shortage of 2.3 million college-educated workers over the next decade, it’s been evident for some time that state leaders should enact policy reform and new practices that help increase the number of Latino students who enroll in and graduate from college, said Michele Siqueiros, president of the Campaign for College Opportunity.

“The reality is that this isn’t just a social justice issue, or [isn’t] something that’s good just for Latinos. [It means] that all of us who live in California who want to ensure that we remain a strong economic force both nationally and globally know that we can’t get there if 40 percent of our population doesn’t have the access to a good education,” Siqueiros told Diverse.

“The Campaign for College Opportunity’s new report on Latinos in higher education is an alarming reminder that when we do not focus on race/ethnicity in our public policies and practices, equity gaps in education persist,” Ryan Smith, executive director of The Education Trust-West organization, said in a statement.

While it’s noted that more Latinos are earning high school diplomas and enrolling in college, they remain woefully underrepresented in higher education and experience pointedly lower levels of college degree attainment than other racial/ethnic groups, according to the report. Just 12 percent of Latino adults between 25 and 64 years old have a bachelor’s degree compared to 42 percent of White adults in California.

“What is reaffirmed in this report obviously is that in spite of the huge increase in more high school graduates and more Latino students going to college we still see very small growth in college completion and attainment,” Siqueiros said.

The report points out that few Latino students are being prepared to enter college with only 29 percent of Latino high school graduates completing the courses required to qualify as applicants to the California State University (CSU) and University of California (UC) systems.

Among those who are prepared, eligible applicants have faced considerable challenges in gaining admission to many of California’s public universities. It’s estimated that for UC schools Latino admission rates have declined 28 percent since 1994. With many Latino students being the first in their families to attend college, they have struggled to gain the support and guidance needed to transfer and earn a degree on time. Six-year completion rates for Latinos at the California Community Colleges and the California State University are 39 percent and 45 percent, respectively.

“The data reveals troubling gaps and disparities in student success by race/ethnicity that are often driven by institutional weaknesses — and not the dedication of individual students — such as lack of adequate preparation from high school, a broken remedial education system in college, and weak coordination between our high schools and colleges,” the report says.

• Fund colleges for both enrollment growth and successful outcomes

• Allow California’s public universities to use race/ethnicity as one of many factors in weighing an applicants’ qualifications for admission.