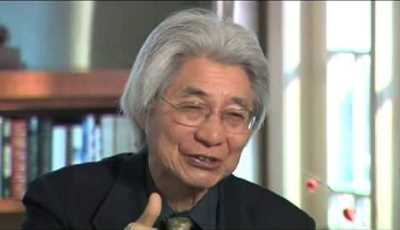 Even in death, the late Dr. Ronald Takaki continues to be a master teacher.

His best-selling books appear on syllabi across the country every semester.

And thanks to technology, many of his riveting lectures and interviews have been uploaded to YouTube, where a new generation of students is encountering Takaki for the first time.

“He was just a brilliant social historian who gave us some important concepts and ideas, such as his concept of the founding colonists viewing themselves as ‘virtuous republicans’ who had the right to exploit and oppress ‘unvirtuous’ peoples of color everywhere,” says Dr. Joe Feagin, the Ella C. McFadden Professor in Sociology at Texas A&M University. “He was a superstar scholar.”

Dr. Marybeth Gasman, a professor of higher education and director of the Center for Minority Serving Institutions at the University of Pennsylvania, has also kept Takaki’s scholarship handy.

“For years, I have used Ronald Takaki’s research to inform my work and my teaching of historical and contemporary issues around race, ethnicity, diversity and multiculturalism,” says Gasman, an expert on historically Black colleges and universities. “His work was profound, far-reaching, inclusive, and stretched our understanding of racial and ethnic differences and helped us build on our commonalities.”

A pioneering scholar in the field of U.S. race relations, the scholarly community and indeed, the nation, was shocked when Takaki took his own life on May 26, 2009, after a long battle with multiple sclerosis. He was 70.

Now, five years after his death, Takaki — who established the nation’s first doctoral program in ethnic studies at the University of California, Berkeley (UC Berkeley) — continues to be celebrated. Conferences have been convened to examine his work and scholars credit him with helping to institutionalize ethnic studies programs on college campuses across the nation.

More specifically, they say that his books have helped to debunk the longstanding stereotype of Asian Americans as the “model minority.” They also lauded his ability to challenge the persistence of racism and White supremacy by integrating the stories of ordinary Americans into his scholarship.

He did all of this while mentoring dozens of scholars who would go on to expand his work within the academy and grow the field of ethnic studies.

“His book Double V directly inspired all of the research that led to my first book,” says Dr. David Lucander, an assistant professor of pluralism and diversity at Rockland Community College in New York. “A Different Mirror was standard reading in undergraduate history courses at my college. Howard Zinn’s People’s History opened so many eyes to the history of working-class oppression, and Takaki’s A Different Mirror did the same for multiculturalism.”

By the time of his death, Takaki had already established his bona fides as one of the most important Asian American scholars of all time. He had cranked out more than a dozen books, earned the title of professor emeritus, and helped to elevate and popularize the study of America’s multiracial past and present.

But his friends and associates say that, privately, he was battling depression as he suffered from the autoimmune condition that attacked his central nervous system.

As a child growing up poor in Oahu, Hawaii, Takaki watched as his relatives, who were Japanese immigrants, worked on sugar plantations. The widening chasm between the wealthy and the working class deeply angered him.

“He saw how people of color were put to work for long hours in the hot and humid sugar cane factories,” said Dr. Roberto Haro, who was one of Takaki’s friends and a colleague at UC Berkeley, to the UC Berkeley News.

Determined to become educated and to expose racial, social and economic injustice, Takaki headed to Ohio’s College of Wooster, where he earned a degree in history in 1961. He later received a master’s degree and a Ph.D. in history from UC Berkeley. By that time, the civil rights movement was in full swing and Takaki was not merely a passive bystander but an active participant.

“I was born intellectually and politically in Berkeley in the ’60s,” he told a reporter in 2003.

A year before the 1965 Watts riots devastated Los Angeles, Takaki was hired to teach the first Black history course at UCLA and spent five years there. Ultimately, he did not earn tenure, in part because of vocal opposition from Black students who wanted an African-American — not an Asian American — to teach the course.

As Dr. Martha Biondi, a professor of African American studies and history at Northwestern University, notes in her book The Black Revolution on Campus, UCLA ultimately hired Dr. Clayborne Carson — who is currently a professor at Stanford University and an expert on civil rights — to teach the course.

Takaki returned to Berkeley in 1971, becoming the first full-time professor in the newly established Department of Ethnic Studies. Almost instantly, his popularity soared and he was regularly involved in campus-led protests. He quickly became a popular speaker on the lecture circuit.

From 1975 to 1977, Takaki served as chair of ethnic studies and was an architect in helping universities across the nation develop similar programs.

“He was huge in making the case to predominantly White Institutions about why ethnic studies as a degree program was not only necessary, but vital to their mission,” says Dr. Ravi Perry, an assistant professor of political science at Mississippi State University and president of the National Association for Ethnic Studies. “He helped to redefine the way that we study race and ethnicity. He provided the needed historical context in providing legitimization to a burgeoning field.”

Perry, who recently was installed as president of the oldest ethnic studies association in the United States, says that he is encouraged by the continued interest in Takaki’s work, particularly among younger scholars.

Takaki, Perry says, was among the first wave of scholars to put ethnic studies on the radar screen. In the years following, a successive generation of scholars have built on his work.

“The younger generation is in tune with problems of today as it relates to ethnic and racial groups and continued subjugation,” says Perry, who added that many youth have recently taken to social media to rediscover Takaki’s earlier work. “There is no doubt in my mind that his legacy will continue to live on.”