A Question of Fairness at Heart of Lawsuit Against Harvard 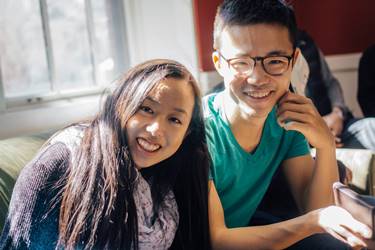 Harvard University is one of the latest universities to come under fire for their admissions policies. A legal defense group, the Project on Fair Representation (POFR), ­ led a lawsuit against Harvard last November, alleging race-based discrimination in Harvard’s admissions processes.

To reverse the negative effects that holistic admissions policies have on Asian American students, the lawsuit says that Harvard should use race-neutral admissions policies ­first. Under current admissions procedures, the lawsuit says, Asian Americans must compete with each other for a supposedly ­fixed number of spots. That means they are held to a higher academic standard than applicants from other racial or ethnic groups and legacy and student-athlete admits.

The lawsuit is not the ­first time that doubt has been cast upon admissions policies at Harvard — and for that matter, elite colleges and universities in general. Critics of Harvard’s admissions policies note that the number of Asian American students admitted to Harvard has stayed the same year by year, at roughly 20 percent, even as the number of college-aged Asian Americans has doubled.

According to the demographic statistics of Harvard College’s class of 2018, available on the institution’s website, the class will be 20 percent Asian. Asians make up about 5 percent of the U.S. population overall.

Drilling down to the high school level, critics point to the most selective public secondary schools in the country, such as Stuyvesant High School in New York City and Thomas Jefferson High School for Science and Technology (TJ) in Alexandria, Virginia, which are predominantly Asian. The racial demographics at TJ are particularly stark: TJ’s class of 2018 will be 66 percent Asian, and include only 10 Black students and eight Hispanic students.

Admissions at TJ and Stuyvesant rely heavily on exams and grades. The strong Asian American majority that exists at these schools, however, evaporates at selective postsecondary institutions that use race-based admissions policies, indicating to critics of such policies that Asian Americans are not being rewarded for their academic merits.

Although the lawsuit is targeted at Harvard, its aim would appear to be broader. The man behind the lawsuit, Edward Blum, is an avowed opponent of affirmative action policies and is the motivating force behind other notable anti-affirmative action lawsuits. He persuaded Abigail Fisher to mount her legal campaign against The University of Texas at Austin and has backed her throughout the process. In the past, he has said that he opposes affirmative action because he believes that it discriminates against White students and also stigmatizes minorities.

To gain traction on the lawsuit against Harvard, Blum launched a website, “Harvard Not Fair,” in April 2014, which sought out students who felt they had been unfairly denied admissions to Harvard due to their race. The photos on the website primarily depict Asian American students, indicating that Blum intended to build his legal campaign around Asian Americans. Blum established similar websites for UNC-Chapel Hill and the University of Wisconsin–Madison.

In the Harvard lawsuit, the plaintiff is a group of individuals represented by the newly formed group, Students for Fair Admissions, Inc. (SFFA). ­The lawsuit describes one SFFA member, an anonymous student who was denied admissions to Harvard allegedly on the basis of his or her race. ­The student had sterling academic qualifications and impeccable extracurricular activities. He or she was the captain of the varsity tennis team, a volunteer fundraiser for National Public Radio, and traveled to China over the summer. If Harvard’s admissions processes were race-blind, the lawsuit says, that student would have been accepted.

Race-blind admissions policies, however, have come under scrutiny, even by those states that have adopted them. California was the first state to ban affirmative action, but now leaders in the political and higher education sphere question that decision. In fact, the president and chancellors of the University of California system submitted an amicus brief in the Fisher case, arguing that “student body diversity cannot be fully realized at selective institutions without taking race into account in undergraduate admissions decisions.”

One of the failures of race-blind admissions policies, says Dr. OiYan Poon, an assistant professor in the School of Education at Loyola University Chicago, is that they assume that all racial and ethnic groups have equal opportunities prior to college. While opponents of affirmative action see it as unfairly giving an advantage to minority students, proponents of the policy see it as a way to make up for inherent disadvantages that lower-income and minority students must contend with from birth.

“I think it’s really short-sighted to say we can be a race-blind society at this point,” Poon says. “I think particularly at this time in history, as we’ve seen with the ‘Black Lives Matter’ movement, with police brutality against Black men and brown bodies, we’re clearly not at a point in society where we can say that race neutrality is happening.”

While the achievements of Asian Americans are certainly noteworthy, some scholars caution against thinking about them as a homogenous group. “Not all Asian American students are going to fit this model minority stereotype myth,” notes Dr. Maria Ledesma, an assistant professor of educational leadership and policy at ­The University of Utah.

While opponents of affirmative action say that it stands in the way of the most deserving applicants, other scholars say that “merit” cannot always be reduced to tangible results such as test scores or a particular set of extracurricular accomplishments. Academic merit, for example, is typically determined by test scores and GPA. Yet studies show that higher-income students tend to do best on standardized tests, skewing the results in favor of higher-income racial and ethnic groups, such as Whites and Asian Americans. Simply relying on scores and grades may not always give the most accurate picture of a student’s abilities and potential.

“Affirmative action is still of value because it is one of the few tools that we have to be able to look at admissions as really more than standardized test scores, GPAs, etc.,” says Dr. Julie J. Park, an assistant professor in the College of Education at the University of Maryland, College Park.

“So it’s one of the tools that we can use to look at the whole student and the context where he or she is coming from, and especially due to pervasive social inequality and educational segregation, this really matters to understand the context of students and what they might bring to our student body.”

Institutions of higher education that consider race in the admissions process currently have a constitutional right to do so, in most states. ­Through race-based admissions policies, they seek to achieve a “critical mass” of diversity among the student body. ­That is where the semantics get tricky, some say, as the distinction between “quota” and “critical mass” can easily be obfuscated.

Although opponents of affirmative action tend to conflate the two, Ledesma says that there is a great deal of difference between critical mass and a quota.

“Critical mass is more like a concept where you don’t want to produce tokenism, and you want to encourage students — and by that matter faculty — who are underrepresented on campus,” Ledesma notes. “You want to give them a sense of belonging, and so you need a critical mass of those persons. For some, critical mass is understood as a proxy for a quota, but that is not what it is.”

Harvard has consistently refused to comment at any length on the POFR lawsuit, although the university did file a response this February, denying each allegation. Since the lawsuit came out in November, Harvard University spokespeople have consistently shared the same boilerplate statement from Robert Iuliano, senior vice president and general counsel at Harvard, attesting that Harvard has adhered to the Supreme Court’s Bakke decision.

Blum, who did not respond to requests for interviews from Diverse, has said in interviews with other media sources that he is gathering evidence to bolster his case. ­The case may not come to trial for some time, but it will hang in the balance until the moment comes for it to cycle through the court system.

The Dysfunctional Linking of Achievement and Race