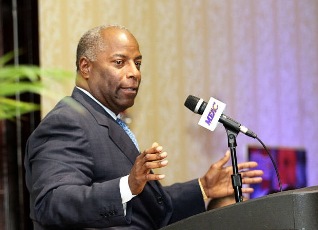 It wasn’t unexpected that the National Collegiate Athletic Association (NCAA) recently identified a preponderance of HBCUs among the schools whose athletic teams will be ineligible this coming academic year for postseason competition.

Under the Academic Progress Rate (APR) rules governing Division I college athletics, 14 of 21 teams facing postseason competition are based at seven historically Black colleges and universities. With four-year data culminating in the 2013-14 academic year, the hardest hit HBCUs on APR include Florida A&M University, Savannah State University, and Prairie View A&M University. Each school has at least two teams facing postseason ineligibility in 2015-16.

“Our schools have had their challenges and it’s been important for the NCAA to recognize that the HBCU mission has meant providing access to an underrepresented [college] population,” said Dr. Dennis E. Thomas, the Mid-Eastern Athletic Conference (MEAC) commissioner.

Although officials say HBCU student-athletes and others from “limited-resource” schools are improving their performance in the classroom, the NCAA has confirmed that the organization’s board will entertain a proposal next year that could grant an additional year in delaying an order that all Division I schools meet the same APR standard. More than 50 HBCUs have teams that compete in elite Division I sports.

Under current NCAA rules, athletic teams that fail to achieve a satisfactory four-year APR of 930, which is roughly equal to a 50 percent graduation rate, can face penalties, including reduction in practice times, fewer athletic scholarships, and bans from postseason competition.

Since 2003, the NCAA, undertaking “an ambitious academic reform effort in Division I,” has calculated the Academic Progress Rate as a standard that “holds institutions accountable for the academic progress of their student-athletes through a team-based metric that accounts for the eligibility and retention of each student-athlete for each academic term,” according to the association.

“To assist limited-resource institutions, the Division I Board of Directors gave these schools and their teams more flexibility to meet the APR standards,” according to the NCAA, which set 2016-17 as the academic year during which all Division I schools would be under the same standard. Nationally, the four-year APR from 2013-14 for Division I athletes is 978. Men’s basketball players attained 961, an increase of four points from the previous year. The football rate jumped five points to 956 and women’s basketball hit 975, a two-point jump.

HBCU administrators and athletic conference officials are cautiously optimistic that they are seeing sufficient enough academic improvement from their student-athletes such that meeting the 930 APR won’t prove too difficult within the next few years.

“I believe my institution and other HBCUs are moving in the right direction on APR,” said Dianthia Ford-Kee, athletic director at Mississippi Valley State University.

Last year, the NCAA Accelerating Academic Success Program (AASP) awarded MVSU a $900,000 grant over three years to support its efforts in building an academic support program for athletes. Ford-Kee adds that MVSU, like other Southwestern Athletic Conference schools, has increased its participation in activities designed to improve the athletic department’s data collection and reporting capacities.

“We’re doing a better job of collaborating with each other. …We’re reaching out to other colleagues in similar situations” at other schools, she said.

“The challenge that I see is for total, full-engagement across the total enterprise from the chancellor or president on down in making sure APR is a top priority for the entire campus,” says Myles, noting that advances in student-athlete academic success have the potential for helping schools improve overall student performance.

Panel Says There Should Be No Question About HBCUs’ Relevancy