Over the last 25 years, the United States has experienced a dramatic spike in the prison population. According to the U.S. Census, the prison population increased from 773,000 in 1990 to 1,600,000 in 2009. The increase can be partially attributed to punitive policies aimed at non-violent offenders.

Researchers, including Michelle Alexander, suggest that these policies disproportionately impacted communities of color. For instance, a 2014 U.S. Department of Justice report determined that, in 2013, non-Hispanic Blacks comprised 37 percent of the U.S. prison population while Hispanics represented 22 percent. The figures outpace the percentage of Blacks (13 percent) and Hispanics (16 percent) that reside in the United States. Fortunately, advocates and policymakers are beginning to recognize the importance of developing approaches that lower the prison population and increase the number of college graduates in communities of color. 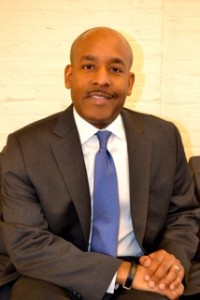 However, addressing the high percentage of incarcerated Black and Hispanics will require a change in policy. In 1994, a bill banned prisoners from using Pell Grants to enroll in college courses. Currently, the Obama administration is considering a pilot program that would allow prisoners to use Pell Grants. The change in policy is consistent with the recent emphasis on identifying proactive approaches that lower the recidivism rate.

Recently Rep. Donna Edwards introduced the Restoring Education and Learning (REAL) Act. The bill was co-sponsored by Rep. Bobby Scott, ranking member of the Committee on Education and the Workforce, and restores eligibility for individuals in federal and state prisons. While allowing prisoners to use federal funds is controversial, a 2013 study by RAND concluded that prisoners were 43 percent less likely to be imprisoned after release because of educational programs. Reinstituting the Pell Grant program for eligible prisoners would have a dramatic impact on the lives of thousands of Black and Hispanic youth.

Researchers have determined that individuals with some college experience or a bachelor’s degree earn more money than someone without a college degree. Ensuring Black and Hispanic youth have the 21st century skills to compete in the global economy is critical. Before the Obama administration changes the Pell Grant program, historically Black colleges and universities (HBCUs) and Hispanic-serving institutions (HSIs) should be prepared to partner with correctional facilities to enroll students.

Traditionally, HBCUs and HSIs educate a high percentage of first-generation, minority students from underserved communities in comparison to predominantly White institutions (PWIs). Matching these institutions with individuals from difficult backgrounds is consistent with their missions of producing Black and Hispanic college graduates. For example, HBCUs represent only 3 percent of postsecondary institutions throughout the United States, but produce 18 percent of Black college graduates. According to Excelencia in Education, HSIs represent 12 percent of postsecondary institutions, while enrolling the majority of Latino undergraduate students.

HBCUs and HSIs provide nurturing environments where students benefit from relationships with mentors while interacting with classmates from similar backgrounds. After their release, non-violent offenders could enroll at institutions that provide stability while holding students accountable for completing classroom assignments. Despite the obstacles HBCUs and HSIs encounter, they graduate students who may have struggled at PWIs. Continuing to support their efforts to educate students from underserved communities is linked to the nation’s ability to compete globally.

Developing strategies that lower incarceration and recidivism rates is important. The nation can no longer afford to ignore the school-to-prison pipeline, stringent policies and disproportionate number of Black and Hispanics in prisons or on probation. Edwards’ bill and the White House’s possible change in policy could lower recidivism rates and increase the number of Black and Hispanics with a bachelor’s degree. Implementing proactive approaches is the key to reversing a trend that has hurt communities of color.

Dr. Larry J. Walker (@LarryJWalker2) is currently a research fellow in the School of Graduate Studies at Morgan State University.