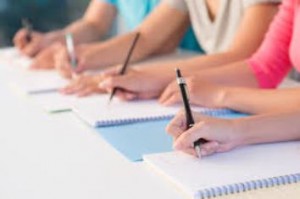 Alexandria, Va. — In order to achieve better math outcomes in adult education, the field must abandon a series of “false hopes” that essentially have set the system up for failure.

That was the argument that Steve Hinds, director of the Chicago-based Active Learning in Adult Numeracy, made during a plenary session of the 22nd International Conference of Adults Learning Math, or ALM.

One in five students in the United States leaves high school without a diploma. Those who return to school later to earn their high school equivalency degrees will continue to stumble because their math teachers are often underpaid, rely on rote teaching and have little time to deliver content, Hinds said during a keynote speech titled “Improving What We Do for Struggling Adult Numeracy Students.”

“We hope the pedagogy that didn’t work for students when they were in middle school and high school will work better for them when they are older,” Hinds said in listing one of five false hopes that he believes plague the field.

“It’s very rote,” Hinds said of the predominant mode of math teaching. “When you ask students later what is math, they say it means remembering the steps.”

But this approach fails to help students understand the underlying concepts behind the steps, Hinds said.

“Guess what we do? We remind them of the procedures once again,” Hinds said. “We’re pretending that students knew this math before, it’s just been a while, they need to see it again, it will all come back.”

Hinds lamented how many adult education programs provide meager amounts of time for students to master math concepts they failed to learn in middle or high school.

“We hope that a large amount of math content can be learned over a very small number of class hours,” Hinds said, listing another false hope.

He said popular models where students are tested after eight, 10 or 12 weeks make little sense because they involve about 30 hours of instruction to cover the equivalent of two years of math.

“The problem is made worse by students coming into programs thinking they will make a lot of progress fast,” Hinds said.

Instead of telling students the truth about how many hours they will have to study to make real progress, Hinds said “we often shy away from that because we don’t want to discourage students when they just got started.”

“Instead we take this approach of, ‘We’ll just see where you are,’” Hinds said of having students look forward to taking tests that will hopefully show they’ve made progress. “When you test a student, you’re telling them, ‘I expect to see that you’re doing better on this than you did before. Testing students has consequences.”

Many students achieve the same or even lower scores on their tests, subsequently get discouraged and drop out, he said.

“Another thing we do out of concern for students—but it ultimately harms them—is we fail to have meaningful attendance standards in our programs,” Hinds said.

Instead, he said, intense counseling and other services should be rendered to help students deal with the issues that prevent them from coming to school.

He spoke of students in his program in Chicago who experience housing insecurity, food insecurity, even “glasses insecurity,” a term he used to describe a brother and sister who share a set of eyeglasses because of their inability to navigate the health care system.

“But our response is to say, ‘Come when you can,’” Hinds said. “Instead, we need full-time counselors to help students overcome these challenges. We need more urgency around coming to our classes.”

Hinds also lamented that math teachers in adult education are often underpaid and only hired on a part-time basis. This in turn discourages the teachers from sticking around after class to help students, engage with colleagues to improve their craft, or converse with counselors to help solve student problems. Often, he said, the teachers are on their way to second jobs as soon as their classes end.

Hinds recommended that math teachers in adult education be hired full-time instead of part-time and be paid “family supporting” wages.

“Should it be 1-to-1? Maybe not,” Hinds said of his suggestion that adult education be funded at a level more comparable to K-12 education. “But one-tenth is atrocious.”

Heading Straight to the Pros