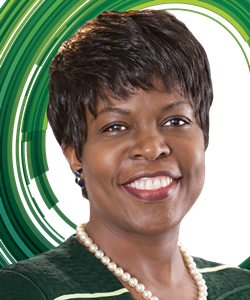 Dr. Fred S. Humphries, president emeritus of Florida A&M University, said that FAMU’s officials should “fight with every fiber of [their] being to put things back the way they were” in regards to fiduciary control of the Joint College of Engineering recently going to Florida State University.

“I’m very displeased with the developments at the Joint College of Engineering,” said Humphries, who was instrumental in the initial negotiations that put control in FAMU’s hands. “I believe this to be a significant blow to FAMU, in particular, and HBCUs in general.”

FAMU had controlled the joint college’s budget since 1987.

“Alumni are extremely concerned,” said Tommy Mitchell, Sr., president of FAMU’s National Alumni Association.  “It appears as though FAMU did not fight this. I think it’s important for FAMU to always be a strong advocate for FAMU and to make sure that whatever decisions are made [are] in the best interest of FAMU.”

But FAMU Vice President of Communications Jimmy Miller said the institution was “fine with letting [FSU] have the budget” in exchange for housing the deanship with Florida A&M.

“One of [FSU’s] main concerns was that bills were not being paid on time,” said Miller, who acquiesced that handling fiscal affairs is “one of their strengths, so we let them have that.”

“Historically, there have been some concerns about delays in some fiduciary processing due to the separate university systems,” she said.  “FSU is a larger institution with a larger finance team, and thus is able to provide more resources to help with fiscal processing in the college.”

Mitchell said he is not convinced that exchanging control of the budget for the deanship was necessarily “the best choice to make.”

“I think that it’s considered a balance,” said Dr. Walter Smith, who served as FAMU’s president from 1977-1985 and under whose leadership the Joint College was originally formed. “Part of the reason I feel very unhappy about it is I don’t believe that the president of Florida State is honest about how the FAMU-FSU College of Engineering should be operated, in terms of both institutions being equal.”

McRorie says that the decision-making authority will remain split among the schools.

“The major decision-making about investments in faculty, students, staff and other financial matters still will be made collectively, and the dean will work through and with both provosts,” she said. “The dean and department chairs generally make the routine funding decisions, a process that will continue. Thus, fiduciary control simply means the implementation of decisions made by the various levels of leadership and related accountability for those fiscal processes.”

FAMU President Dr. Elmira Mangum declined to be quoted for this article, referring instead to a university fact sheet on the changes, but Mitchell believes she shares alumni concerns about appropriate levels of advocacy for FAMU faculty and staff involved with the college.

From the fact sheet:

Shifting the dean line item to FAMU is not a panacea. Hiring new start up faculty is costly. It can cost upwards of $2 million to hire a new engineering professor. During the last regular legislative session we asked for $30 million for new faculty, salary increases, scholarships, et al. Getting additional funding is essential if we are to close the gap between the number of FSU and FAMU students and between the number of FSU and FAMU faculty members.

In the beginning, said Smith, “Florida A&M had a tremendously strong engineering and technology program and FSU had an excellent digital science program, so given that the design had to come out of both of those components, I think, is one of the original reasons that the budget control would reside with FAMU because of the number of programmatic units that were going into it.”

The concern, then, is that there may be a gradual loss of programmatic units, despite the current message that the decision-making authority will reportedly be split. For alumni and both former presidents, the issue is mostly a distrust of the leadership of the partnering institution.

“Alumni are just concerned because, unfortunately in the minds of alumni, the president of FSU who [we see as now having] the power is the same person who, prior to becoming president, wanted to dissolve the partnership,” said Mitchell. “He is now president and has control of handling the budget, so the question becomes whether or not that means that FSU has unilateral control.”

Humphries said questions about FSU President John Thrasher’s commitment to growing the joint college for the benefit of both schools have arisen for a number of years.

“In many cases, John Thrasher had been the one … pushing to take the budget and give it to FSU,” said Humphries, referencing the Florida State president’s efforts during his time as legislator.

“Because what FSU wanted to do in the beginning which was have the full college of engineering, it was set up so that FAMU would control the budget, the dean would report to the president of Florida State,” said Smith.

Humphries sees the most recent actions as “an opportunistic move by John Thrasher,” a regression of the measures set in place to safeguard FAMU’s voice in the college, and an erosion of consideration of FAMU’s best interest as it relates to the Joint College of Engineering, which he believes is being sacrificed for Florida State’s desire to be accepted into the Association of American Universities.

Membership in the Association of American Universities would propel the institution into world-class research institution status. Acknowledging the position that both institutions are asserting saying that decision-making authority does not automatically travel with the budget-making authority, Humphries reiterated his concern that there is a yet unseen “slight of hand tricks” occurring that will be a part of a slippery slope to diminish FAMU’s voice in the college.

Smith said, the intent is “not [to] bring about negativism if there’s a positive attitude about it all, but what you have to understand is that there are those who didn’t want [a joint college] to happen in the first place, and when legislator Thrasher was talking about it, he had one thought: taking over the college of engineering completely. That’s what he wanted to do.”

But McRorie emphasized that Florida State is not seeking to overshadow FAMU, and said, “President Thrasher is committed to working with President Mangum to make the joint college a success.”

FAMU stakeholders are not so convinced.

“Should we now have concern about whether or not we would now be treated equitably,” asked Mitchell. “We know that in America, we have not been treated equitably as a people, so we just want to make sure that … [FAMU] would be treated equitably” in the college. This means equitable distribution of funds, adequate support for and resources to the FAMU component of the engineering school, and an equitable investment in the professional development of faculty from both institutions, he said.

“They can’t ignore … the mandates of the Joint College to produce African-American engineers, and women,” said Humphries. “The strength of the joint college was FAMU, and being joined together gave a model for the country on how you can go about getting together a pool of people that can respond to the diversity need and do it in a productive way.”

“In as much as this was a joint school, the need for engineering was greater for African-Americans than it was for others,” said Mitchell. “We can ill-afford to lose a program that has been responsible for so many African-Americans becoming engineers.”