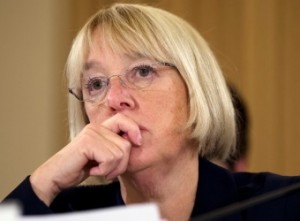 A Senate committee looked at how colleges and universities might improve student success at a hearing on Wednesday. The simplest metric of student success are graduation rates. Senators and hearing witnesses said that too many students drop out of college or take too long to graduate.

There are a host of reasons for why students fail to graduate. Those that graduate tend to be enrolled full time or make steady progress toward a degree, underscoring yet again the importance of the year-round Pell Grant, which allows students to continue their studies in the summer. Students who cannot attend full time, due to work or family obligations, therefore have less of a chance of graduating.

College graduation rates are also often dependent on family income. Studies show that the wealthier a student is, the better he or she tends to do.

“While college completion rates for students from more affluent backgrounds have increased over the last 40 years, the same is not true for students from low-income backgrounds,” said Sen. Patty Murray, D-Wash. “Just 9 percent of people from the lowest income bracket graduated with a college degree by the time they reached 24. That’s only up 6 percent from [the] 1970s.”

Murray said that there were a number of larger structural reforms that would improve student graduation rates, such as better preparation in K-12, or increasing financial aid opportunities so students could focus on their studies as opposed to working to pay their bills. Colleges and universities also need better federal data so they know what programs work.

“It’s hard to believe that higher education data ignores part-time students, transfer students, adults who return to school, students in remedial education and Pell Grant recipients,” Murray said. Last year, Congress requested a report from the Department of Education on enrollment and graduation data for Pell Grant recipients during the 2012-13 academic year, but that data will not be available until 2019.

Students who need remedial education are also less likely to graduate than their peers who start out in full-credit classes. Sen. Lamar Alexander, R-Tenn., called it a “bridge to nowhere,” but noted that there are some institutions that are actively working to reform it.

At Tennessee’s Austin Peay State University, half of the enrolled students need some form of remedial education, Alexander said. Instead of taking remedial-only classes, students start out in full-credit classes that are linked to remedial workshops. That way, they make progress toward their degree while catching up.

Programs that link full-credit and remedial classes tend to be successful, said Stan Jones, president of Complete College America. Jones said that Tennessee is set to implement a remedial education program inspired by the Austin Peay program statewide this fall. “Georgia has a different model that they’re doing statewide starting this fall, as is West Virginia,” he said.

Georgia State University is tackling graduation success. A decade ago, their overall graduation rate stood at 32 percent overall. Timothy Renick, GSU vice provost, said that 1,000 students were dropping out each semester because they could not pay their full bill for tuition and fees. Sometimes they fell short by a matter of a few hundred dollars. So the university started a program to give out one-time microloans to students with proven academic aptitude. The university also overhauled its academic advising system.

As a result of all these changes, Renick said, “Georgia State University now graduates 1,700 more students annually than it did just five years ago and confers more bachelor’s degrees to African-Americans than any nonprofit college or university in the nation.”

The question is how to incentivize more schools to make similar reforms. As Dr. Lashawn Richburg-Hayes noted, there is no one-size-fits-all option. “It’s unlikely that any one of the programs that we talked about today that are evidence-based strategies will be applicable to all institutions and to all students,” she said.

Renick said that, as it stands now, some schools are actually incentivized to not focus their efforts on low-income or high-risk students, in part due to rankings systems such as US News and World Report, which ranks schools based on the academic competitiveness of its students.

“One of the ironies of this whole progress that Georgia State has made over the last decade with our graduation rates going up 22 percentage points is [that] we’ve actually gone down in the US News and World Reports rankings in this time period, because we’re educating more students at a lower cost and our SAT scores have actually declined some because we are opening our doors to students who previously were not succeeding at Georgia State,” Renick said.

UNC-Chapel Hill Opens Up Records About Ties to Slavery