Board Ready to Lead ASALH into 2nd Century of Existence 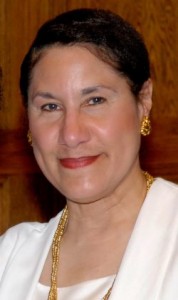 Dr. Evelyn Brooks Higginbotham, recently elected president of ASALH, has been lauded for her ground-breaking scholarship.

As the Association for the Study of African American Life and History (ASALH) moves into its second century of existence, it will be led by a well-known historian who has been active in the organization for decades.

Dr. Evelyn Brooks Higginbotham—arguably one of the nation’s most recognized historians—was elected to serve as president of the 100-year-old organization started by Dr. Carter G. Woodson at its centennial gathering in Atlanta in September.

Higginbotham, who received the 2014 National Humanities Medal from President Obama, has been lauded for her ground-breaking scholarship, including her best-selling book Righteous Discontent: The Women’s Movement in the Black Baptist Church, 1880-1920.She also co-authored with the late Dr. John Hope Franklin, the ninth edition of his landmark book From Slavery to Freedom.

“Franklin, more than any other historian, brought Black history into the mainstream of American history,” Higginbotham says of the scholar whom she first met at the age of 5.

Currently the Victor S. Thomas Professor of History and of African and African American Studies at Harvard University, Higginbotham was the chair of Harvard’s Department of African and African American Studies from 2006 to 2013. She has also held teaching appointments at Dartmouth, the University of Pennsylvania and the University of Maryland. She is the widow of one of the most influential Black jurists of all times, the late A. Leon Higginbotham, Jr.

“I believe that the next few years will be a crucial period for ASALH,” said Higginbotham. “Working in a close and collaborative way with the Executive Council and ASALH staff, I am committed to a forward-looking presidency, one that seeks to be visionary, optimistic and steadfastly attentive to the scholarly and the community character of our mission.”

In addition to Higginbotham, several others joined the national board. They include:

“She’s been a longtime supporter of ASALH,” says Franklin. “As ASALH moves into its second century, she will be a good steward and strong supporter.”

Diverse recently conducted a Q&A with Dr. Evelyn Brooks Higginbotham about her vision for ASALH and that article will be forthcoming.