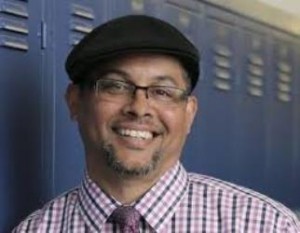 Christopher Chatmon, executive director of the Office of African American Male Achievement, said that “the issues aren’t with the children but with the schools.”

A first-of-its-kind scorecard rating U.S. cities for their level of public engagement and commitment to improving educational and life outcomes for Black men and boys has named Oakland, California, Detroit and Washington, D.C., tops in the country.

The national membership network Campaign for Black Male Achievement (CBMA) touted public school initiatives in those three cities and elsewhere when it released its index of 50 cities last week. These cities are home to 5.5 million Black men and boys, which is more than 30 percent of this population nationally.

Titled “The Promise of Place,” the report is not a listing of best cities to live, nor does it imply that Black males in these cities are necessarily faring well. However, the scorecard rates cities based on their efforts to advance Black males and reduce disparities in educational attainment, employment, incarceration rates and other areas of well-being.

Oakland, Detroit and Washington, D.C., each scored 95 points out of a possible 100. Among other factors, points were awarded based on city-led commitments to address systemic challenges facing Black males, the amount of philanthropic dollars poured into Black male-focused organizations, and the presence of national initiatives and organizations targeting Black men and boys.

“It is important to note that the higher scores in these cities are not seen as the ultimate end goal, but rather as a powerful starting point to leverage for working toward tangible improvement,” the report states.

In Oakland, where 1 out of 4 males are Black, the school district’s Office of African American Male Achievement is singled out in the report.

Taught by Black men, the course features history and heritage lessons, college and career guidance, and conversations about Black men aimed at identity development. The Black boys and young men currently enrolled in the course number more than nine times the original 50 who took the course in 2011. Instructors try to relate the content of class readings to their students’ lives. For instance, one instructor assigned his class to read The Autobiography of Malcolm X, then led talks about how Malcolm Little’s early life paralleled and differed from those of the students, so that the latter could deepen their knowledge of themselves and their sociocultural surroundings.

The elective course has helped motivate students in their other classes. Grade point averages are now 25 percent higher for Black youths in the Manhood Development Program than for nonparticipants. Districtwide, the Black male, high school graduation rate has increased from 42 to 57 percent since the MDP was introduced.

Christopher Chatmon, executive director of the Office of African American Male Achievement, says that, in addition to recognition for his department, he appreciates how the recent report can aid in jumpstarting other ideas in their work.

“Now we know of other cities to reach out to in the spirit of brotherhood and learning,” Chatmon says. “We already know the issues aren’t with the children but with the schools. The report gives us a North Star, and we’re grateful for ongoing momentum on these issues.”

Among schools, the CBMA noted how grants from the Detroit-based Skillman Foundation, which focuses on improving life for children in the Motor City, had fueled programs that led to better high school graduation rates. From 2010 to 2014, the graduation of young Black men improved from 63 to 71 percent at schools where Skillman had invested, versus an improvement from 62 percent to only 65 percent at schools not receiving Skillman grants.

Washington, D.C., won praise from CBMA for this year rolling out its “Empowering Males of Color” initiative, which calls for investing $20 million in public school programs. The initiative is composed of enlisting mentors to help Black and Latino boys with reading skills, grants to individual schools for academic development, family engagement and emotional support, and plans to open an all-male college preparatory high school. Black and Latino boys combine to form more than 40 percent of students in the nation’s capital.

However, Dr. Robert Simmons, a professor of urban education at Loyola University Maryland who had helped get the initiative underway, left his job as the school district’s chief of innovation and research in October — perhaps an example of the report’s stipulation that “ultimate end goals” haven’t been reached in cities in the CBMA index. Short term, some of Simmons’ duties were divvied up among other school district officials, according to news reports.

Otherwise, Washington, D.C., also received plaudits from CBMA for being an early adopter of “Ban the Box” legislation, which restricts employers in that city from requiring job applicants to indicate whether they have prior arrests, so that hiring managers will more likely consider a candidate’s qualifications without bias.

The average score among the 50 cities on CBMA’s index was 53; the lowest score was 15.

Rounding out the top 10 cities with scores of 69 and higher were New Orleans; Baltimore; Boston; Charlottesville, Virginia; Philadelphia; New York and Pittsburgh.

“I’m witnessing truly promising work in many cities led by courageous and committed intergenerational leaders,” says Shawn Dove, the CBMA’s chief executive officer. “They represent a starting base and momentum. Improved life outcomes are possible. We must maximize this moment. There is no cavalry coming to save the day.”

The report’s authors say that cities can improve their ratings, which they plan to score every two years, by adopting local ordinances and policy initiatives that support positive life outcomes for Black males. Even mayoral decisions to join national initiatives such as Cities United and accept My Brother’s Keeper Community Challenge can win points from the CBMA. The top cities in the inaugural scorecard all had local chapters of nationally recognized organizations such as 100 Black Men of America, National Urban League and the Coalition of Schools Educating Boys of Color.

The Campaign for Black Male Achievement is a national membership network that supports the growth, sustainability and impact of people and more than 2,500 organizations focused on improving life outcomes for Black men and boys. Detailed scorecards for each of the 50 cities are at http://cityindex.blackmaleachievement.org.