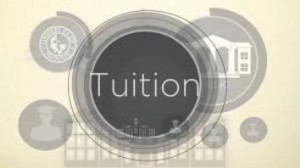 As parents eyeing tuition bills and graduates staggering under the weight of their student loan debt can tell you, college is not cheap.

­The average cost of in-state tuition and fees at a public four-year, in-state university was $9,410 and $32,405 at private four-year colleges in 2015-16, according to the College Board. ­That amount does not account for other necessary expenses, such as transportation, room and board, books and incidentals.

College was not always so expensive. Between the 1940s and 1970s, states and the federal government poured a tremendous amount of resources into universities and colleges through programs such as the GI Bill and Perkins Loan Program. Students from low-income or middle-class backgrounds were able to enroll and graduate in unprecedented numbers.

Fast forward to the present day, and tuitions and fees at public four-year institutions have been increasing an average of 3.4 percent each year between 2005 and 2015. Tuition growth can be attributed to a number of sources, but most research suggests that state disinvestment in higher education is the primary culprit.

Rising tuitions are bad news for education and income equality. A study from the Pell Institute found that only 9 percent of students from the lowest income bracket obtain a bachelor’s degree by age 24, compared to 77 percent of the wealthiest. Since the earning potential of individuals is most often linked to their education, this disparity appears to be poised to perpetuate a caste system of sorts based on wealth and educational attainment.

“I think we all recognize and share [the sentiment] that, in the 21st century, it’s not enough to graduate from high school,” says Dr. Martha Kanter, Distinguished Visiting Professor of Higher Education at New York University and former under secretary of education under the Obama administration.

With rising income inequality as the backdrop, there has been an ongoing national conversation about college affordability and access. Most recently, the focus of the conversation has shifted toward community colleges.

Since the proposal’s debut, America’s College Promise has inspired a congressional bill of the same name and a new coalition of community college and other leaders called the College Promise Advisory Board. The concept of free community college—and free college—has even made its way into the current presidential campaign cycle. ­The two current frontrunners for the Democratic presidential nomination, Hillary Clinton and Sen. Bernie Sanders, D-Vt., both unveiled college affordability plans as part of their campaign platform.

As many have pointed out, simply saying that community college will be “free” will not, in fact, make it free. Obama proposed funding America’s College Promise to the tune of $60 billion and paying for it with a series of taxes—including one controversial and short-lived proposal to tax 529 college savings plans.

Tennessee Promise is being paid for with state lottery funds. Calling the college promise plans “free” has more to do with giving hope to students who might otherwise think college is out of their reach, Kanter says, than actually reducing the cost of community colleges to zero. “Nothing is free,” Kanter tells Diverse. “It’s got to be paid for somehow. But to a student who doesn’t think that [college] is possible, ‘free’ means a door to the future.”

Community colleges have been the locus for a number of state and city-driven college promise proposals, in part because they are one of the last remaining affordable routes to a postsecondary degree. Today, in the United States, the full-freight cost of four years of tuition at many private colleges has surpassed the $200,000 watermark. By point of comparison, the average cost of tuition and fees at a public two-year college in-district was $3,435 in 2015-16, according to the College Board.

While the community college sector has certain advantages, it is not without its challenges. According to recent Department of Education (ED) data, the three-year graduation rate at community colleges was 21.2 percent.

Low graduation rates can be at least partially attributed to the fact that collecting community college graduation rate data is notoriously difficult. The ED only evaluates first-time, full-time students. Most community college students are what policymakers call “non-traditional.” They might attend school part time or are not first-time students, and some may have enrolled with the goal of taking a few classes but no plan to obtain a degree or certificate.

Some experts say that giving students more resources to pay for community college is a worthy cause but would be best implemented with certain reforms. “We know that there are a number of students who [have dropped out due to] financial difficulties, but we also know that many of these students are stopping their studies or dropping out because our system is not very well designed,” says Dr. Dhanfu Elston, vice president for alliance state relations at Complete College America.

Elston adds, “We support all opportunities to provide more access for students to enter college, particularly those students who tend to be the most underrepresented, be they a racial or ethnic minority, first-generation student, or low-income Pell student. Our concern is that we would hope to make sure that institutions are designed to make sure that students graduate.”

Dr. Brian Mitchell, CEO, director and founder of Edvance Foundation, says, “If you push more students into community colleges and you don’t provide the support that is necessary … to help them progress, you’re just going to clog the pathway and you won’t have a substantial increase in persistence or graduation rates.”

They are also aimed at students who are younger than the average community college student’s age of 28. New college initiatives, such as Tennessee Promise, which began this fall, and Oregon Promise, which is set to begin next fall, are open to recent high school graduates and recent GED completers.

“We want to set up the possibility in students’ minds that college is possible,” says Bob Brew, executive director of the Once of Student Access and Completion in Oregon’s Higher Education Coordinating Commission. “I think it’s going to open up a lot [of] doors for students that have been previously underserved—minority students, rural students and first-generation students.” The Oregon program so far appears to have generated substantial interest. Since the application period opened on November 1, more than 7,500 applicants had begun the application and more than 4,500 had completed it as of November 24, according to Brew.

Drew Jones, an admissions officer at Central Oregon Community College (COCC), says that students from local high schools have expressed interest in the program. “It’s as though the state is saying, ‘We recognize the value of the community college education,’” Jones says. “I think that’s also helping us as we’re speaking with students. We can tell students that the state is willing to make this kind of investment in them.”

Ultimately, Jones hopes that the program will inspire more students to take advantage of the a­ffordable education available. “I think that students that wouldn’t necessarily consider community college if it weren’t for something like this that’s being promoted at a state level [might now apply],” he says. “I think it’s pretty exciting.”

Regardless of whether they attend a four- or two-year school, COCC President Shirley Metcalf says the important thing is that more students have the chance to earn a degree or certificate. “I think the more that we can identify that education is the key to our challenges with creating a globally competitive workforce, the better America will be,” she says.

Making community college free at the federal level is still a distant goal, but states and municipalities are acting on their own to make community college more affordable. Since America’s College Promise was announced, five states and cities developed college promise programs of their own as of September, according to the White House.

Other cities are moving forward with college access plans that combine a focus on both affordability and student success. The city of Long Beach in California, for example, offers its qualified high school graduates one year of free tuition at Long Beach City College.

Provided they meet certain academic requirements, they are also guaranteed admission to the local state university, California State University, Long Beach. It is programs like these, Kanter says, that offer a model for other cities and states to follow.

“We don’t know what’s going to happen with any of the [federal] legislation that’s out there, but we’re very supportive of all the efforts to really develop and put in place sustainable college promise programs across the country,” Kanter says. “So if Congress wants to put a College Promise program in place and the president wants to sign off­ on that, we’ll be right there [applauding them]. But if that doesn’t happen, we have [many other] programs to learn from.”