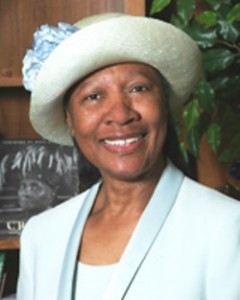 This time a year ago, traveling, studying and teaching in Cuba was a distant thought, despite the fact that much of the rest of the world was quite accessible while the tiny Caribbean nation only 90 miles by water from the southern tip of Florida was off limits.

Today, with the United States announcing an end to its isolation of Cuba and agreement with Cuban leaders to normalize relations and formal ties between the two countries after more than half a century, public and private institutions of higher learning — large and small, public and private ― are lining up to establish ties with Cuba’s higher education community.

American and Cuban higher education leaders are exploring the possibilities of establishing ongoing relationships of all kinds to help teachers and students in both countries.

The possibilities got a boost last week when U.S. government negotiators announced an agreement on a broad plan to resume daily air travel between the United States and Havana and other area Cuban airports starting within months.

The air service announcement comes on the heels of several other business moves reflecting the emergence of an American presence across the Cuban landscape.

“As we embark upon globalization, Cuba cannot be excluded,” said Dr. JoAnn Haysbert, executive vice president and provost at Hampton University, echoing other higher education officials in discussion of Hampton’s pursuit of relations with Cuban institutions. “We’re preparing students to be global citizens,” Haysbert said in a recent telephone interview.

Hampton, working through its international office, has initiated discussions with top officials at three of Cuba’s major institutions, Hampton officials said, with a focus on science, pharmacy, nursing and several other areas.

Separately, the American Association of State Colleges and Universities (AASCU) is working with member institutions to establish ongoing relations with peer institutions in Cuba.

The presidents and Cuban higher education leaders agreed to promote a “Universidad 2016” at which institutions from both countries would gather to move ahead with the ideas outlined in the memorandum. An AASCU task force is set to go to Cuba in February to continue work.

“We believe there are significant opportunities for collaboration between our members and the Cuban universities and research centers,” said Howard in a statement issued about the initial meeting in Cuba. “The discussions we had with their presidents and ministry officials were productive and provided insight into how students and faculty in both countries can benefit from academic exchanges.”

Dr. Karen Haynes, president of California State University, San Marcos and one of the AASCU presidents to participate in the mission to Cuba, sees the engagement with Cuban institutions as a potentially mutually beneficial partnership.

“As relations between the United States and Cuba continue to normalize, we are in a pivotal time for enhancing knowledge of and for exploring potential future initiatives involving the educational institutions and the people of Cuba at our campus and across the CSU system,” says Haynes, whose San Marcos campus is nearly 40 percent Hispanic. 

The likelihood of more formal relations between American and Cuban institutions of higher education comes on the heels of years of a handful of American students being able to study in Cuba through circuitous routes.

For example, several dozen American students, unable to gain entry into or afford American medical schools, have studied medicine and earned their medical practice training at Cuba’s highly regarded Latin American School of Medicine. The school began offering free medical school training to Americans unable to pay for medical school as long as they could get to Havana and back home.

Early in the last decade, the House and Senate quietly passed a measure sponsored by the Congressional Black Caucus that carved an exception to the no travel or study in Cuba rule in force for decades, to allow American students to attend the medical school without fear of punishment.

The Interreligious Foundation for Community Organization, also known as Pastors for Peace, a group that has worked for years to help Cuba’s poor, facilitated the program by helping to recruit American students desiring a medical school education and facilitating their participation. Medical Education Cooperation with Cuba (MEDICC) has also helped the students pay for studying and taking licensing exams once they finish school and are preparing to work in the United States.

Even MEDICC sees good news in the normalization.

“We see tremendous health benefits for Americans if we took full advantage of restored diplomatic relations between the two countries,” said MEDICC Executive Director Pierre LaRamée in a statement issued last week. “With the relaxing of travel restrictions and more open environment, limited clinical trials are now taking place on a promising Cuban lung cancer vaccine that could extend the lives for many; but the embargo and current policies still limit American access to many lifesaving treatments.”

UCSC Professor to Unveil Research on Migration and Poverty

The Politics of Remembering September 11