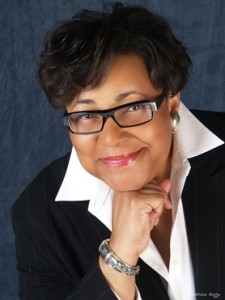 The U.S. Supreme Court wants to know: when will the nation’s colleges and universities no longer need race-conscious admission policies?

The question is a fair one. The court has long envisioned a day when social equality would end the need to consider race in the college admission process. But as student protests over racial bias continue to flare on campuses across the country, it’s clear that today is not that day.

America’s colleges and universities, both public and private, offer a chance at a better life, socially and economically. Yet access to these springboards for upward mobility remains unequal.

Minority students now outnumber Whites in our K-12 public schools, but racial and ethnic imbalances persist in higher education. While African-Americans and Hispanics make up 33 percent of the college-age population, they account for only 14 percent of undergraduates at the country’s most selective four-year colleges, according to a report from the Georgetown University Center on Education and the Workforce.

One factor driving the disparity? Students of color are more likely to live in poverty, affecting not only their readiness to learn, but also the resources available at their neighborhood schools. The Education Law Center reports that only four U.S. states have school funding systems that can be considered fair based on socioeconomic and demographic considerations.

Those inequities can’t be ignored, and given persistent disparities in our educational system, we cannot blind our institutions of higher learning to these societal realities. College admission officers must be able to craft a class of students who they believe can not only succeed, but contribute to the betterment of the institution, the nation and the global community.

Education is the bedrock for social mobility. As a result, diversity on campus strengthens our colleges and our country at a time when Americans are losing faith in the nation’s ability to provide a better life for the next generation.

Three-quarters of Americans don’t believe that their children will have a better life than they do, according to a 2014 poll by NBC and The Wall Street Journal. Harvard data released this month offers another gut-punch: nearly half of millennials think the American dream is dead.

In recent decades, Supreme Court rulings have increasingly narrowed the grounds on which an applicant’s race or ethnicity can be considered when reading applications.

To do that again with Fisher would be a mistake.

Under current legal precedent, race is considered only after a decision has been made as to whether a student is admissible. Beyond that, there is a range of factors that are outside a student’s ability to control — geographic location, gender, first-generation status, connection to alumni or wealthy donors, religious affiliation and more — that contribute to the construction of a freshman class.

The Supreme Court may want to believe we’ve reached an era where opportunity is equal. But wishful thinking won’t get us there.

Until then, retaining the right of colleges to use race in a holistic review process is critical to ensuring that higher education — a proven pathway to prosperity — remains open to all.

Joyce E. Smith is chief executive officer of the National Association for College Admission Counseling (NACAC), an organization of more than 15,000 professionals from around the world dedicated to serving students as they make choices about pursuing postsecondary education.

Katrina Curriculum: A Lesson In Promoting Dialogues About Race and Class