Time is Ripe to Educate Youth about Politics - Higher Education

Time is Ripe to Educate Youth about Politics 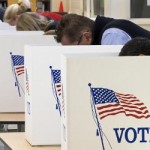 Unpredictable is a word that might be used to describe the current presidential primary debates and that is attributable to individuals in both parties. What that has done for the young voter is catch their attention, if only for just a moment, a true improvement to the status quo. Looking at voter turnout in the previous presidential election illustrates the need to fill a gap. According to the United States Election Project, only 58.2 percent of the voting eligible population cast their vote, research that points to the need of the politically active to educate those who fail to exercise their rights as Americans.

One who sat in a typical college class may not be surprised that, when asking students about the debates, there are only a handful individuals who are aware they even occurred, some simply because of social media, learning of it the following day or others because a relative watched the debates. There are those who do indeed watch and are proactive in seeking awareness of candidates’ proposed policies. However, what held true in every class I have asked was students’ knowledge of candidates’ behavior that pushes the boundaries. As many have previously pointed out, a large percentage of citizens were diverted back to politics just to see those behaviors.

Despite the lack of knowledge some students may have of our current political state, the antics displayed in this debate have offered educators a pedagogical tool: to bring those youth back into a true comprehension of the effect politics has on their lives and the effect they may have on politics through activism. The question lies in how we go about achieving this important goal.

When referring to educators, the list does not stop at secondary or postsecondary faculty. This list should include parents, grandparents, mentors, friends and others. With Donald Trump even proposing a ban on individuals based on religious beliefs, what grandchild would forego hearing the stories of a grandparent making the comparison of the principles behind the Japanese internment camps during World War II?

Sen. Bernie Sanders’ references to the inequality of wealth in America, promoting a redistribution of those riches through regulation and taxing, puts both parents and grandparents in a unique position to recall debates of the past. Preferably taking a nonpartisan view, relatives may recall the multifaceted results seen by Franklin D. Roosevelt’s federal intervention during the Great Depression or the argument of free market capitalism’s superiority during the Cold War era.

We should not use the similarities in these examples to dictate to others whom to support today. Rather, we should use them as reference, to facilitate an understanding of what points have merits, partial merits or are perhaps completely lacking. Ideally, the goal is to create opportunities to educate the younger generation, allowing them to arrive at a balanced view of domestic and foreign policies of today.

As we watch both the Republican and Democrat platforms over many years, it is interesting to see subtle changes within each party. The focus on minority groups, both African-Americans and Latinos, has once again drastically increased during the recent elections. These subtle shifts are based on changes in demographics and the accompanying change in voters. Nevertheless, these shifts will have lasting effects. These topics allow educators to raise these issues with the youth of America. Those who have studied the evolution of the public’s ideological beliefs and of political parties are constantly searching for those changes in their own contemporary parties and that, ultimately, leaves the observer with a better understanding and judgement in terms of liberal or conservative platforms. Let us teach that judgement to our youth.

The downfall of debates with personalities such as we see in the 2016 presidential race is that many times the outlandish behavior overshadows the real issues that need focus. There should be an understanding that independent research should be done, as much of what is said by candidates at all levels of office is only to acquire votes rather than reveal the more relevant issues that they will pursue. However, to have a small understanding is better than lacking any understanding. Therefore, let us use the awkwardness displayed in these presidential debates to attract the youth, opening a dialogue so that relevant information may be infused. Through beginning that discussion, they may develop and exercise the ability to be constructively critical, eventually coming to their own conclusions on the issues of the world.

Dale Schlundt holds a master’s in adult education with a concentration in American history from the University of Texas at San Antonio and is an adjunct professor for Palo Alto College and Northwest Vista College. He has two new books available, Tracking Life’s Lessons: Through Experiences, History, and a Little Interpretation; and Education Decoded (A Collection of My Writings).

Skills of a 21st Century Leader