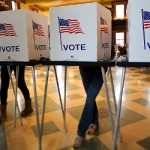 There’s a lot of rhetoric in election years centering on young voters. What do young people want from politicians and how can those politicians get those young people registered and to the polls? While voters who are older than college and young-adult age certainly outnumber this group, understanding what college students want from the people they elect matters a lot—both short term and long term.

So what do the college students, particularly minorities, want during the election of 2016?

If we’ve learned anything since Mitt Romney’s race for the presidency in 2012 it’s this: Telling college students to have their parents “write a check” for their education just isn’t going to fly. Asking college students to take on heavy loads of debt also is a no-go. The students entering college today have the advantage of their not-so-much-older graduated peers who are more vocal than any other group in the past about why college attendance needs to be more affordable.
It makes sense, really. No one feels the squeeze of what college actually costs than the students who are actually living it and the young adults attempting to pay back high amounts of college debt on low salaries. Today’s college students saw their parents struggle through the latest recession. Some may have even lost homes. They are well aware of what the load of college debt actually means and why it is imperative that affordable options be available to students from all life backgrounds.

President Obama’s proposal to have two free years of community college available for students who qualify academically has been met enthusiastically by young people all over the country, and their parents. Pay it Forward programs, like the one in place at Oregon state colleges, are being welcomed with open arms. The idea that hard work, not economic background, can help reduce the overall cost of obtaining a degree resonates with a lot of young people.
Today’s college students want a candidate who recognizes the significant financial sacrifice of earning a degree but who also believes it should cost less, period. This is an advantage particularly to Bernie Sanders, should he land the Democratic nomination, and even Donald Trump could be viewed favorably by young people for his public denouncement of federal loan programs that profit off college students and parents. Hillary Clinton has also spoke out about not “saddling” students with decades of debt simply to earn an education.

When President Obama took office in 2008, the idea of legalizing same-sex marriage across the nation was a far-fetched one. It was an issue that had passionate discourse on both sides, but not one that appeared it would really move forward in the course of the president’s two terms. Thanks to very vocal supporters, and also to the rise of social media informing more people of the issue at hand and humanizing it, we all know that progress was made faster than anticipated.
The same is true of other issues now seeing greater awareness, in part again because of social media. Some of those include paid maternity/paternity leave, abortion and reproductive regulations, and the gender- and race-gap when it comes to wages. These are important to college students and boils down to their elected officials doing what is right by them, and their peers. The social issues that matter most to each individual college student will determine the particular candidate of choice, and a range of conservative and liberal stances are represented among contenders Clinton, Bernie Sanders, Trump, Ted Cruz, Marco Rubio and John Kasich.

College students today are hyper-aware of the issues surrounding sustainability on the planet. From oil fracking to water conservation to global warming—these young voters care what happens to the place they call home. Denial of such issues as problems is futile. Trump’s recent comments that he wants to revive the coal industry are sure to turn off most young voters while Clinton has vowed to push comprehensive energy changes that support renewable sources and clean energy technology.

It’s almost surreal to think that, by this time next year, we will have a new Commander in Chief. While college voters may not make the biggest impact at the polls, their voice will make a difference in who is chosen—and how that person is held accountable while maintaining the highest office in the land.
Dr. Matthew Lynch is dean of the School of Education, Psychology, and Interdisciplinary Studies, and an associate professor of Education at Virginia Union University.