Poll: About Half U.S. Students Identify as ‘Hopeful’ and ‘Engaged’ - Higher Education 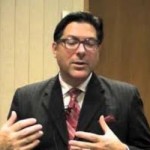 Only about half of U.S. students are “hopeful” and “engaged” in school, while the rest are either not engaged or actively disengaged and stuck or discouraged, according to an annual Gallup Student Poll released Tuesday.

The findings have implications for things that range from how many students will go on to college to how many will start their own businesses, according to the poll, titled “Engaged Today — Ready for Tomorrow.”

“Hope is a strong predictor of academic success, including graduation from college,” said Shane Lopez, senior scientist at Gallup, speaking during a panel discussion he moderated at Gallup World Headquarters in Washington, D.C.

“It’s a better predictor than the ACT, SAT, and high school GPA,” Lopez said of the findings of a soon-to-be-released Gallup paper on the subject.

“If we’re going to a system that works for all, we have to start confronting some fundamental issues of design,” said Sam Chaltain, an educational consultant and partner at Wonder, By Design, an enterprise that deals with the future of learning.

Chaltain proffered a critique that has become somewhat archaic in itself—that too many schools are designed for and operate as if they were still in the industrial age. He also lamented the whole “blank slate” education paradigm in which teachers are seen as learned individuals who are supposed to deposit what they know into the heads of students.

“Our whole notion of what defines the teaching profession is in the midst of change in ways that I think will ultimately be positive but will also be a little difficult for us,” Chaltain said. “The future of the profession has to be less about the ‘entertainer’ and more about the real skilled coach and facilitator.”

“Content is becoming asynchronous, but not for the purpose of replacing human beings but recognizing the way in which the phones in our pockets have changed our relationship to content knowledge,” Chaltain said.

“So it’s no longer about transmission. Is there a way to let people navigate their own path with constant guidance and support?”

“So it’s no longer me in real time trying to inspire you but me thoughtfully curating how you can learn what you need to learn and building stronger relationships of understanding you and what matters to you,” Chaltain said. “It requires all of us to let go some of the things that have been most essential of how we define ourselves. And that may have more to do with us than it has to do with the kids we serve.”

Asked if they had been told in the last seven days that they had done good work at school, 40 percent indicated that they strongly agreed.

Heidi Balter, principal at Ducketts Lane Elementary School in Elkridge, Maryland, touted her school’s strengths-based approach in which students and teachers alike list their top strengths and regularly have “intentional” discussions about those strengths and how they are put to use in real life.

Lopez, the senior scientist at Gallup, said: “We don’t have a culture of praise and recognition in our schools. We used to, but then the self-esteem movement came along and so we praise and recognize everything and so it’s meaningless.”

Harold Fitrer, president and CEO of Communities in Schools of Richmond—a dropout prevention organization that works to get students on track to graduation—spoke how his organization pairs elementary school students with mentors from Virginia Commonwealth University to improve reading. Grades have improved as a result, he said.